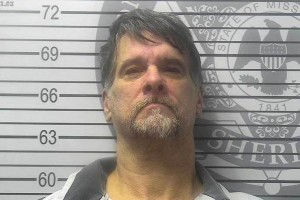 A Perkinston man will serve 12 years day-for-day after being convicted on charges of possession of a controlled substance.

Circuit Court Judge Larry Bourgeois sentenced Willard to 12 years day-for-day after a jury returned a guilty verdict after just 35 minutes of deliberation. Willard was sentenced as a habitual offender with four previous convictions.

Evidence at trial showed that on December 19, 2018, a Harrison County narcotics investigator conducted a traffic stop on Willard on Cuevas Delisle Road in Pass Christian after Willard crossed over the center line. During the stop, the investigator saw Willard extend his left arm out of the driver’s window and throw a white object into the grass.

After securing Willard, the investigator recovered the item near Willard’s vehicle. The item was sent to the Mississippi Crime Laboratory for testing which confirmed it was about 3.27 grams of methamphetamine.