Pascagoula mayor offers updates on growth, development at state of the city 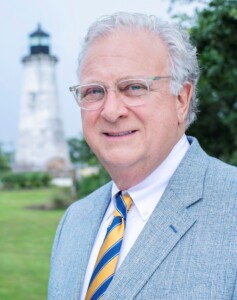 Pascagoula mayor Dr. Jay Willis is delivered a state of the city address to during a luncheon with the Pascagoula Rotary Club at Grand Magnolia Ballroom.

Willis updated the public on growth and development in the Flagship City, as well as provide an update on the city government’s agenda over the next year.

Willis was happy to remind citizens that Pascagoula was designated a World War II Heritage City by the National Park Service – one of only 19 nationwide to earn the distinction.

Willis said that after four years, the city is very close to being out of the red. The city has worked to pull the city out of a deficit after learning it was broke in 2018.

The city began working with FEMA to change the flood policy. Right now, the 50% rule limits homeowners on repairs unless certain elevation standards are met.

Willis also talked about the Restore Act funding the city received for a public marina at Lowry Island. The state awarded Pascagoula $4.4 million. The project is estimated to cost $9.5 million.

The Amtrak service between Mobile and New Orleans – with stops on the Coast including Pascagoula – is moving along. Amtrak built a new platform in the city with service expected to start this year.

A boutique hotel is under construction in the city that will house rooms, a restaurant and retail space – much like those in Bay St. Louis and Pass Christian, as well as proposed in Long Beach. The Hotel Whiskey retail project is one of 10 in progress around the city.