New details of the officer involved shooting in Bay St. Louis that claimed the lives of two officers emerged Friday after the Mississippi Department of Public Safety released a timeline of events.

A motel clerk called 911 at the request of Anderson, who said she was being followed. She and her 8-year-old daughter checked into the motel about 2:30 a.m. The call for a welfare check came about 3:35 a.m. 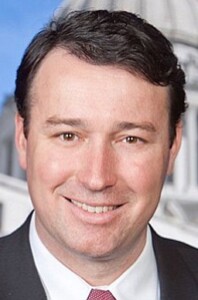 The officers arrived separately minutes later and spoke with Anderson in her room and then outside for about 40 minutes. Public Safety Commissioner Sean Tindell said the officers got security footage from the motel and determined that the vehicle Anderson believed was following her was not.

Anderson and her daughter were in her SUV when officers made the decision to call Child Protective Services. Estorffe moved away to speak with CPS on the phone while Robin remained by the driver’s door, trying to keep Anderson from leaving.

Estorff’s body camera was on during the incident. Robin’s was charging and not in operation.

The child was not injured. A couple staying at the motel took the child from the vehicle and kept her safe until officials arrived. Tindell said family was contacted and the child is safe.

“This is a very tragic situation,” said Tindell. “It is my opinion that Officer Estorffe and Sergeant Robin’s concerns for the safety of the minor child were well-founded and based upon the mental state of Mrs. Anderson their heroic actions very well may have saved the lives of others.”

Robin was pronounced dead at the scene, as was Anderson, Estorffe was taken to Memorial Hospital at Gulfport, where he later died.

MBI continues to investigate this incident.