Deep tropical moisture continues to stream northward over the area. All watches/advisories will remain in place as another in a line of rain bands move into the area this morning. Although numbers are not impressive enough variables are there to give rise to a strong or isolated severe and in these tropically soaked environments, one can never rule out a strong storm, but the main focus will continue to be a rainfall. Rainfall amounts are not expected to be impressive but it won’t take impressive numbers to cause problems at the moment. The amounts of 2 to 3 inches with higher local amounts will suffice as the line to the west makes its way into the area slowly and is expected to weaken as it does, but as daylight temps climb and induce another set of showers and thunderstorms where these lines are able to focus the activity, these numbers could be realized where this line goes stationary.

All of this mess will eventually be forced west as the Bermuda high pushes into the area. This will be a slow process and may take two days to fully develop. Long story short, another rain day is possible for the western half of the area Friday, but Saturday should see most if not the entire area relatively dry. There will still be the stray shower or thunderstorm but nothing like what everyone has had to deal with for a while now.

High pressure will remain in control of the area weather through at least the first part of the next work week.  The high pressure and dry air aloft should suppress local rain chances, but we could see a few showers sneak into western areas on Tuesday, but chances remain low enough not to mention in the forecast. With no rain to cool off the afternoon temperatures, and generally only partly cloudy skies, expect afternoon temperatures to rise into the mid to upper 80s each afternoon. A few places could cross the 90 degree mark, mainly Sunday and Monday afternoons. Overnight lows will generally be in the mid to upper 60s north and upper 60s to lower 70s south, which is near or slightly above normal for this time of year. Pattern begins to shift again by Wednesday. With ridging beginning to weaken, isolated showers and thunderstorms will be possible in the afternoon. 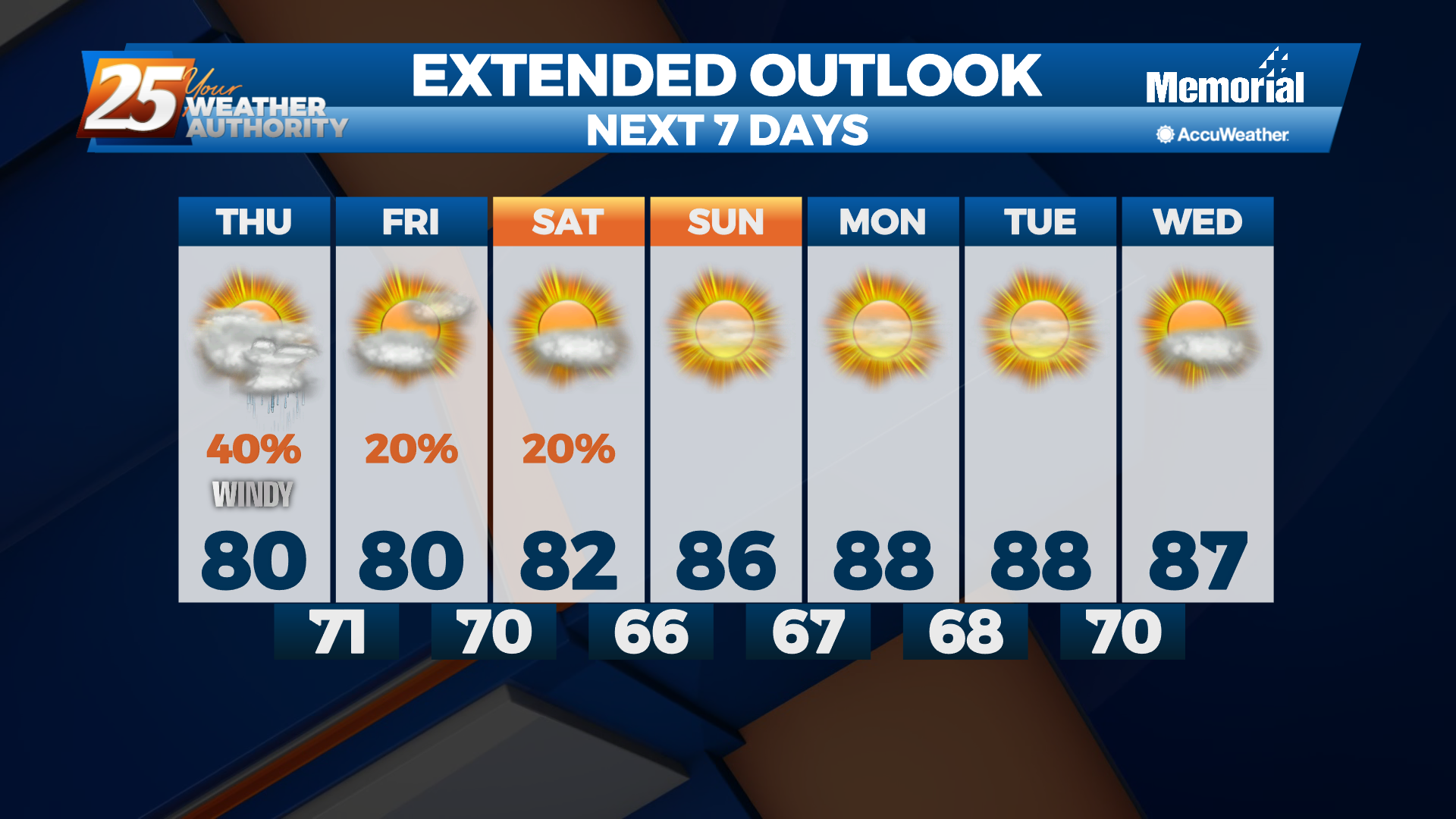