A man trying to sell cigarettes door-to-door after a convenience store was robbed has been charged in connection with the case.

Ocean Springs police said in a press release that on Thursday, a report was filed of a commercial burglary at Bao Wow’s Convenience Store at 2400 Government Street.

A suspect had entered the store through a back window and left through the front door, taking a large amount of cigarettes and vape devices. 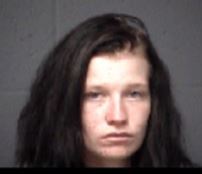 Detective Alex Nandin received a tip later that evening that a man was selling cigarettes door to door in a neighborhood close to the store.

Nandin and other detectives obtained a search warrant for the suspect’s residence and found a large number of cigarettes and vape devices.

The suspect, Zachary Joseph Hunter, as well as McKayla Kisela, were arrested at the residence.

Both are charged with commercial burglary. Hunter’s bond is set at $100,000 and Kisela’s bond is $50,000. Both are booked into the Jackson County jail.

In addition, Hunter is on federal probation for commercial burglary.

The investigation is ongoing. If you have any information about the case, please call Nandin at 228-875-2211.

Man flees from police who answered a domestic call