Pastor and Father of Eight Earned America’s Top Vote as a Member of Team Blake
Coach Blake Shelton Takes the “Voice” Crown for Seventh Time
UNIVERSAL CITY, Calif. — May 19, 2020 — Todd Tilghman, a 42-year-old pastor and father of eight, was crowned the champion of “The Voice” last night from his hometown in Meridian, Miss. The unforgettable season came to a close with Tilghman’s coach, Blake Shelton, earning his seventh “Voice” win from his home in Oklahoma.

For the first time ever, this season had five artists in the finale. Tilghman faced tough competition from the other Top 5 finalists – Thunderstorm Artis from Team Nick, CammWess from Team Legend, Team Blake teammate Toneisha Harris and Micah Iverson from Team Kelly. 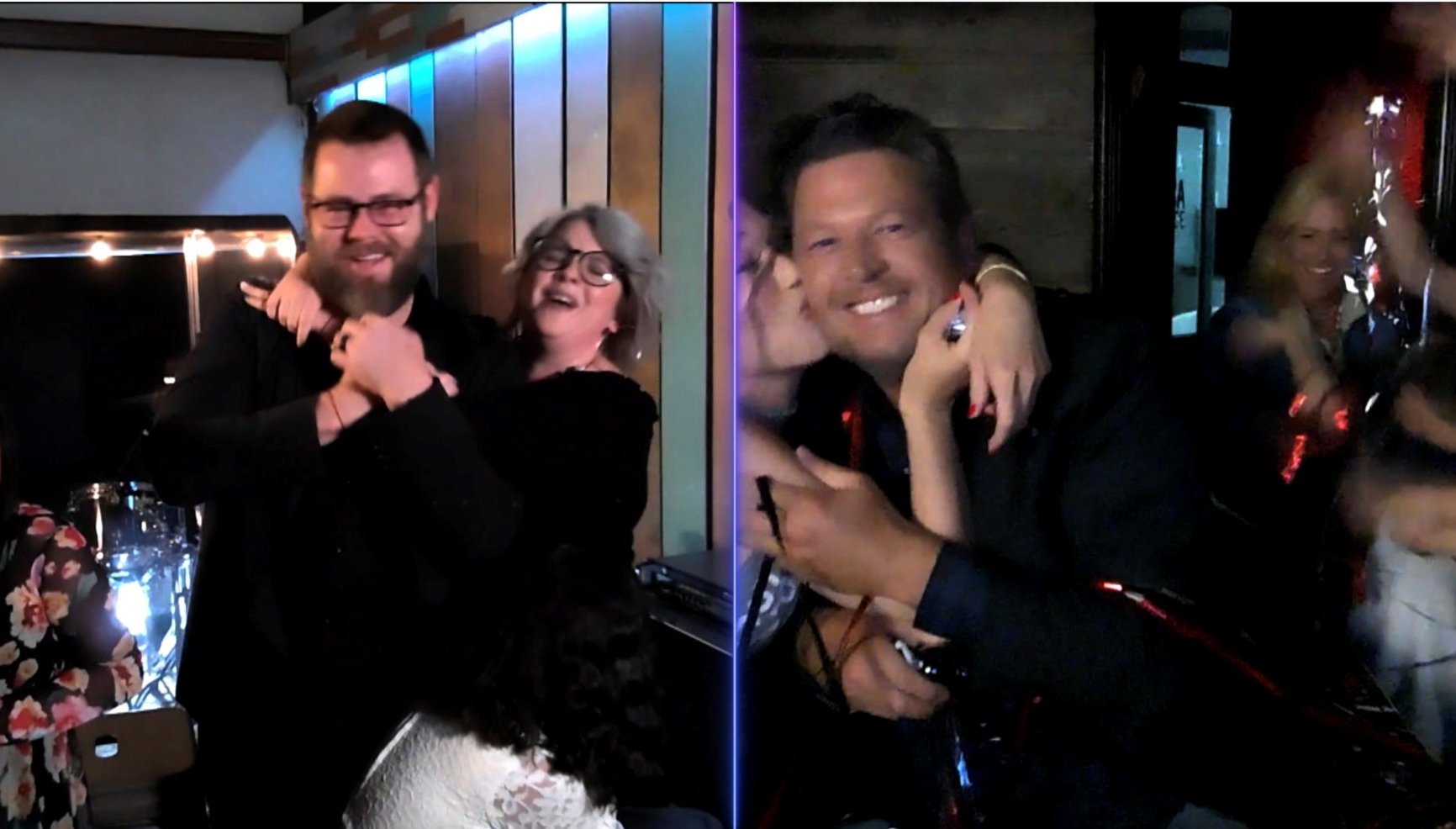 This extraordinary season of “The Voice” concluded with 21 feeds of live video coming in from across the country and an impressive line-up of superstar artists, including uplifting finale performances by “Voice” coaches Kelly Clarkson, Nick Jonas, John Legend and Blake Shelton, who was joined by Gwen Stefani. Each coach performance was dedicated to a special organization that was personally chosen to support healthcare professionals, essential workers and those most in need. Microsoft – a key technology partner for the remote shows – generously donated to each coach’s chosen cause to continue the good work and allow communities to stay strong during this time.

Jonas performed “Until We Meet Again,” an original song he wrote for the finale. “Until We Meet Again” is out now and available across all platforms: https://nickjonas.lnk.to/UntilWeMeetAgain . A portion of the proceeds from the song will be donated to Feeding America.

In last night’s finale, each of the Top 5 finalists teamed up with their coach for a special duet performance. The duets are now available to stream or purchase on Apple Music and iTunes. Republic Records will be donating their proceeds of the songs to Feeding America.

A supergroup of “Voice” stars reunited last night for a memorable rendition of “Let My Love Open the Door” by Pete Townshend with the Top 9 artists from this season, current coaches Kelly Clarkson, Nick Jonas, John Legend and Blake Shelton, as well as former coaches CeeLo Green (seasons 1, 2, 3, 5) and Shakira (seasons 4, 6), and Team Blake’s Battle Advisor, Bebe Rexha. Rounding out the finale were special performances by Jonas Brothers with KAROL G, Bon Jovi and Lady Antebellum.

Tilghman opened the season with a remarkable four-chair-turn that had all of the coaches on their feet after his powerful interpretation of “We’ve Got Tonight” by Bob Seger & the Silver Bullet Band. His genre-defying sound, paired with his touching story about his life as a pastor and family man, quickly won over the coaches who fought to have him on their team. Tilghman ultimately went with Shelton to become the first member of Team Blake. As he moved through the competition, Tilghman continued to showcase his vocal prowess with “Ghost in This House” by Shenandoah in the Battle Round and a passionate performance of “Anymore” by Travis Tritt in the Knockout Round.

“The Voice” transitioned to remote live shows beginning with the Top 17, which allowed Tilghman to take viewers into his hometown, church and life in the house with eight children. He performed a raw rendition of “Glory of Love” by Peter Cetera from his local church, which quickly convinced America to vote him through to the Top 9. With his family by his side, Tilghman gave an emotional performance of “Love, Me” by Collin Raye that earned him a spot in the finale. As part of the Top 5, Tilghman took viewers back to his church one final time for a moving and inspiring performance of “I Can Only Imagine” by MercyMe.

On last night’s finale Tilghman performed a special duet of “Authority Song” by John Mellencamp with Coach Blake Shelton, which reached No. 1 on the iTunes Rock Chart.

Tilghman is the lead pastor at the church where he grew up and is married to his high school sweetheart. After having three children together, he and his wife decided to adopt. With help from friends and the community, they pieced together the money to bring home a new daughter. Less than a year later, the agency called saying their daughter’s sister also needed a home. After an anonymous donation, the Tilghmans were able to adopt her as well and now have eight children together. While Tilghman has always loved singing, he has spent his life focused on serving other people and came to “The Voice” to finally do something for himself and his family.

As champion of “The Voice,” Tilghman has earned the grand prize of a recording contract.

Picayune Power: Maroon Tide on the brink of perfection