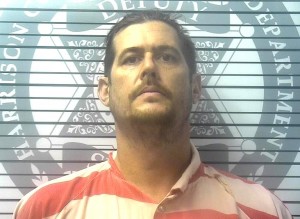 A Louisiana man is charged with aggravated assault after an early morning shooting.

Harrison County Sheriff Troy Peterson said Steven Mayfield, 39, of Marrero, Louisiana, was charged with aggravated assault and felony evasion. He is in the Harrison County jail under a $750,000 bond set by Judge Louise Ladner.

Peterson said deputies responded to the 8000 block of McDonald Road in Pass Christian this morning about a reported shooting. When they arrived at the residence, deputies found a male victim suffering from three gunshot wounds.

Witnesses at the scene gave a description of the suspect’s vehicle and deputies tried to stop it on Bells Ferry Road. The suspect failed to stop and traveled on Interstate 10 west toward Hancock County.

Deputies were able to stop the vehicle near Lakeshore on Highway 90 in Hancock County and took the suspect, identified as Mayfield, along with two passengers, into custody.

The victim was taken to Memorial Hospital at Gulfport, where he is listed as stable.

There were few details available about the shooting, but Peterson said more information would be available later today.