Second suspect in Waveland shooting turns himself in 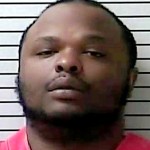 Waveland Police have confirmed that the second suspect in the fatal shooting from Thursday morning has turned himself in.

Chief Mike Prendergast said Antwine Q. James, 27, was taken to the Hancock County jail and will be held without bond on charges of murder and aggravated assault.

Prendergast said he thanked the community for their help in getting James to turn himself in.

“The community relies upon the police department to protect and serve and the police, in turn, rely upon the community support and cooperation in order to be effective,” Prendergast said.

The chief said the shooting appears to have been a result of a run-in earlier in the evening between the victims and the suspects at Silver Slipper Casino.

Both groups left the casino, but apparently the victims posted on social media, saying they were looking for the suspects.

“And they were ready for them,” Prendergast said.

When the victims drove by, the suspects allegedly shot into their vehicle, hitting one victim in the chest and the other in the arm.

The victims lost control of the vehicle and hit a house about two houses down from where they were found by police.