Martin Luther King Jr. carved his way into history as a civil rights hero whose influence and legacy continue to inspire people around the world more than half a century after his death.

While the civil rights leader may be most remembered for his iconic and oft-quoted “I Have a Dream” address at the Lincoln Memorial during the 1963 March on Washington, King did more than just dream during his lifetime.

His non-violent approach to protest and social change saw him become the youngest man awarded the Nobel Peace Prize in 1964. A year later, King participated in the Selma March, which resulted in the passage of the Voting Rights Act, legislation that helped African Americans exercise their right to vote.

As the U.S. celebrates the life of the civil rights icon on Martin Luther King Jr. Day, here are five surprising facts you may not know about King.

He wasn’t named Martin at birth

But King’s father Michael, a pastor at Atlanta’s Ebenezer Baptist Church, became inspired by the work of Protestant Reformation leader Martin Luther during a trip overseas to such places as Rome, Egypt, Jerusalem and Berlin for the Baptist World Alliance. 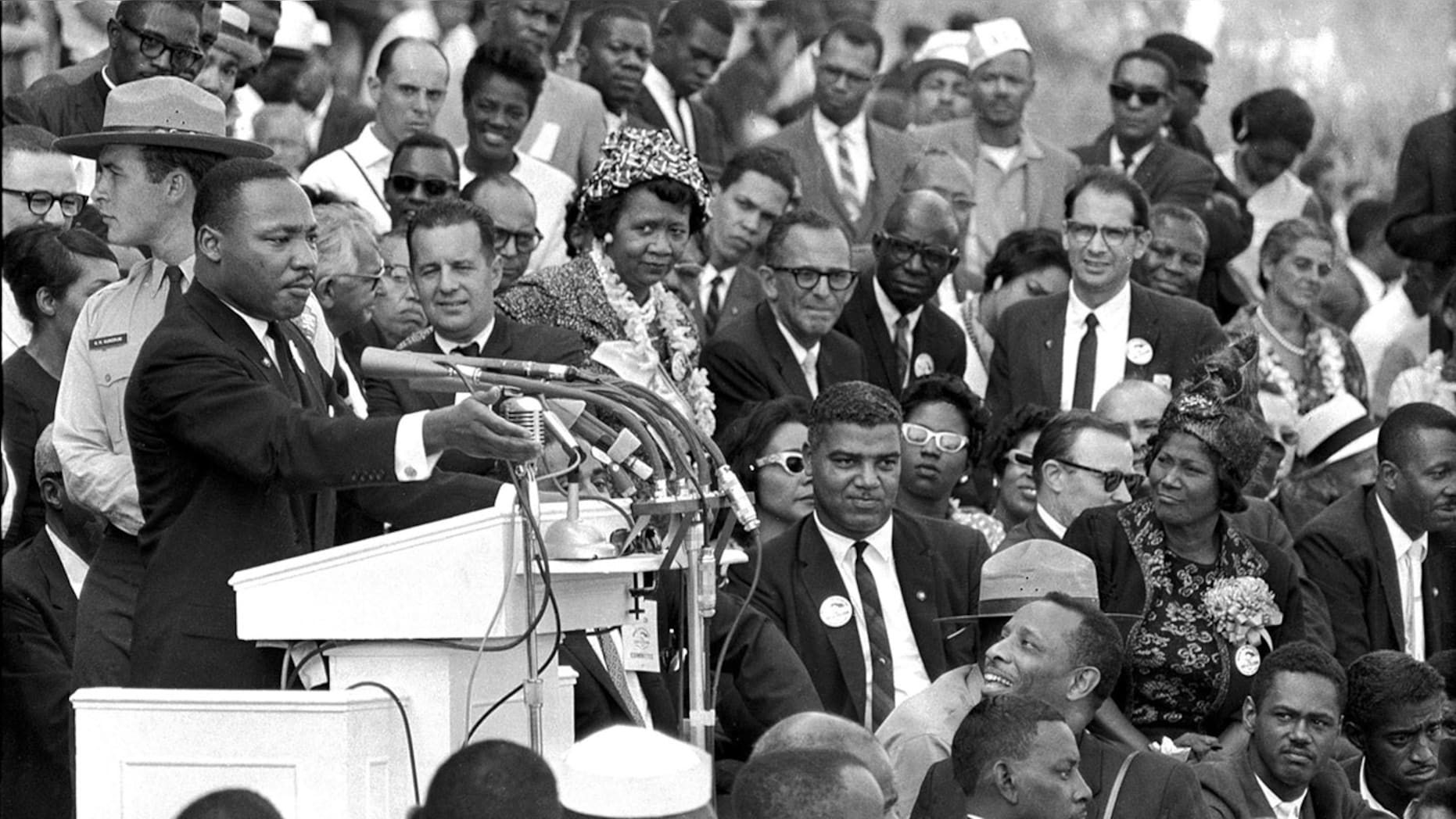 The Rev. Dr. Martin Luther King Jr., head of the Southern Christian Leadership Conference, spoke to thousands during his “I Have a Dream” speech in front of the Lincoln Memorial for the March on Washington for Jobs and Freedom, in Washington, D.C., on Aug. 28, 1963. (AP Photo/File)

However, it wasn’t until 1957, when the younger King was 28 years old, that he officially changed the name on his birth certificate from Michael King Jr. to Martin Luther King Jr.

In 1944, King entered Morehouse College in Atlanta under a wartime program that admitted gifted high school students to boost enrollment, according to King’s biography from Encylopedia Britannica.

King did not initially set out to become a minister, studying medicine and law until his senior year. He was mentored by college president Benjamin Mays, a Baptist minister and rights activist who influenced King’s later decision. King graduated from Morehouse in 1948.

King was awarded a Grammy in 1970. He won Best Spoken Word Album for “Why I Oppose The War In Vietnam,” recorded from a sermon he delivered in 1967. 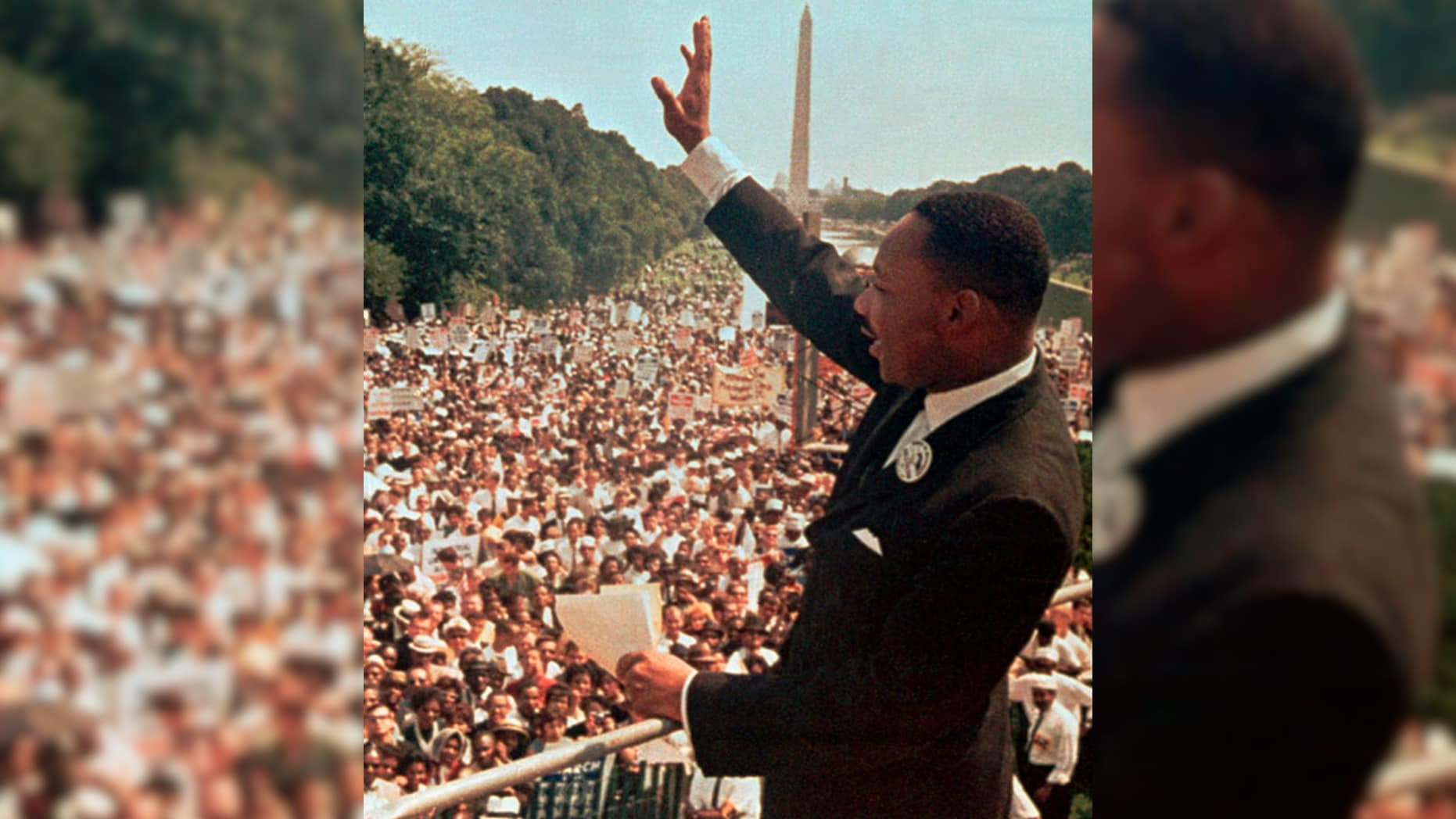 Dr. Martin Luther King Jr. acknowledges the crowd at the Lincoln Memorial for his “I Have a Dream” speech during the March on Washington, D.C. on Aug. 28, 1963. (AP Photo)

He was previously nominated for two Grammys in the spoken-word category for recordings of “I Have a Dream” and “We Shall Overcome.”

Almost a decade before his assassination at the Lorraine Motel in Memphis, Tenn., in 1968, King survived an attempt on his life.

A 29-year-old King was at a book signing in New York City’s Harlem neighborhood on Sept. 20, 1958, when Izola Ware Curry approached and asked “Is this Martin Luther King?”

When King replied “Yes,” Curry, a 42-year-old mentally ill Black woman, plunged a seven-inch letter opener into his chest, according to the Atlanta Journal-Constitution.

King retold the story of this first attempt on his life on the eve of his assassination in 1968, saying that had he merely sneezed, he would have died from his wound.

King joined President George Washington as the only two Americans to have their birthdays observed as a federal holiday in 1983 when President Ronald Reagan signed a bill that recognized the third Monday in January – close to King’s birthday – as Martin Luther King Jr. Day.

Student athletes sign to the next level at Picayune and Hancock