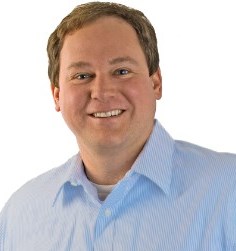 State Sen. Scott Delano announced on the Senate floor that Janus, 55, had died from cancer.

He is survived by his wife, Talie and daughters Hannah and Sarah.

The Republican was elected to the state House in 1996 and served there until he resigned to take the city manager position in D’Iberville in 2009.

State Rep. Richard Bennett of Long Beach posted a tribute to Janus on social media, with many people commenting about Janus and his love for the community and his family.

Bennett called Janus one of his mentors when he joined the state Legislature.

“I didn’t know but two people when I got to Jackson — Michael and Steven Palazzo,” Bennett said. “He was a mentor of mine.

“I talked to him about 10 days ago. Michael was such a good guy. He was one of the brightest minds in the Legislature. We never really got to see his full potential because the Democrats were in power at the time.”

Bennett said that, with Haley Barbour’s blessing, Janus and Jim Simpson started the Republican Caucus and Janus was a catalyst in flipping power from the Democrats to the Republicans in the state House.

He served on the board of directors for the Center for the Prevention of Child Abuse and in later years had a development company, Southern Living Services, which had in its portfolio The Estate at River Bend, a drug and alcohol treatment facility in George County.

After leaving the state Legislature, Janus also had a failed run for Biloxi mayor in 2009.

The Charleston, South Carolina, native attended South Alabama as an undergrad and earned his master’s at Ole Miss.

He took a three-month leave of absence in 2011 from the city manager position to temporarily serve as chief of staff for U.S. Rep. Steven Palazzo.

“Michael Janus changed the course of my life when he first suggested I run to represent District 116 in the Mississippi State House,” said Palazzo. “Without his advice and support, I would not have begun my career of service to this great state. He served as my Chief of Staff in Washington, DC, and I will forever be indebted to him for his counsel and friendship over the years.

“I am deeply saddened by his passing, and my most heartfelt condolences go out to his wife, Talie, and daughters, Hannah and Sarah. I pray that he is remembered for all the good he did for Mississippi and our Gulf Coast communities before his premature and tragic passing.”

He was fired from the position in 2013 after signing an agreement with a Pascagoula consulting firm without the city council’s knowledge or approval.

In 2014, Janus pleaded guilty to one count of federal program fraud and was a witness against co-defendant Scott Walker in the DMR scandal.

He was accused of obtaining a “finder’s fee” of $180,000 from D’Iberville as part of a consulting service co-owned by Walker. He served a 21-month prison sentence.

Students in the Pascagoula-Gautier School District return to class