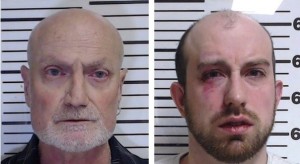 The father of a man who was arrested on child sex charges earlier this month has been charged with possession of child pornography.

Gulfport Police said Ricky Lynn Cripps, 62, was arrested Thursday. He was taken to the Harrison County jail and is being held on $150,000 bond.

Police said they seized property belonging to Ricky Cripps during the investigation into Justin Cripps, 33. While executing a search warrant, detectives discovered Ricky Cripps was in possession of sexually explicit films and videos that depicted a child under the age of 18.

The younger Cripps was arrested January 12, 2022, and charged him with enticement of a child to meet for sexual purposes, one count of exploitation of children, one count of dissemination of sexually oriented material to a minor, and one count of resisting arrest. His bond was set at $750,000.