Biloxi, MS- Cliff Kirkland, who worked for three mayors in his 30-year association with Biloxi City Hall, has tendered his resignation in the wake of being arrested for two counts of allegedly touching a child with lustful purposes.

Kirkland had served as the city’s Chief of Innovation and Economic Development under Mayor Andrew “FoFo” Gilich, and he had also worked for Mayors A.J. Holloway and Pete Halat.

“This has been shocking and sad for everyone,” Gilich said. “The City of Biloxi needs to move forward, and I am accepting this resignation. As Mayor, I will always put the City of Biloxi’s interest first, and at the same time allow justice and due process to both the accused and victim. I will brief the City Council further on Monday.” 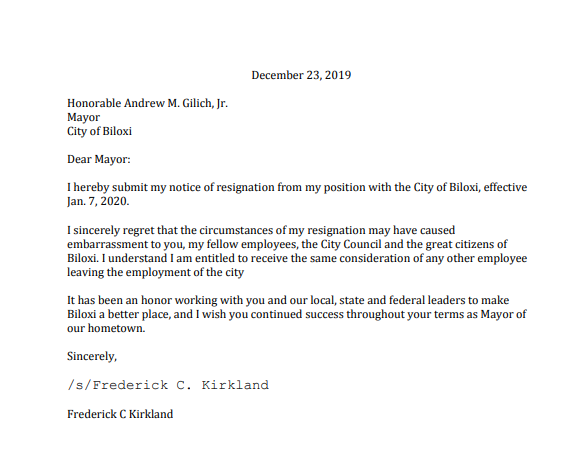