The state reported 12 deaths from COVD-19 in the state for June 3, although three — including one each in George and Jackson counties — were gleaned from a check of death certificates from April 26 to May 26.

The Health Department also reported that as of May 31, there were 11,203 cases presumed to have recovered from the virus.

The county totals are:

Hinds County, which as the most reported cases in the state, has 1,074 as of June 3. 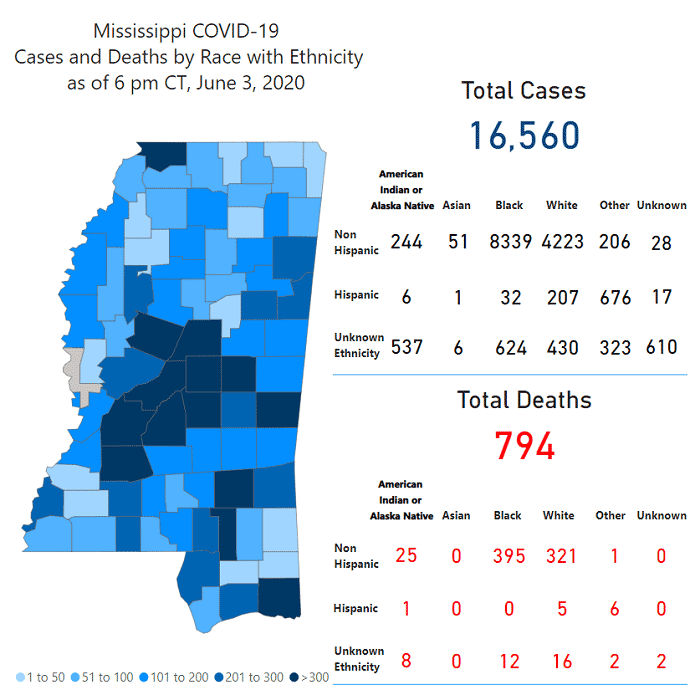 Cases and Deaths by County

Totals of all reported cases since March 11, including those in long-term care (LTC) facilities.

Families enjoy the Tree Lighting with Santa in Ocean Springs

High School Football is Everything in Picayune

Lighting of the Biloxi Lighthouse brings holiday spirit to the city