Mississippi’s former higher education commissioner will be the next chancellor of the University of Mississippi despite protesters shouting down his announcement ceremony.

College Board trustees announced by news release Friday that they had voted unanimously to appoint Glenn Boyce to the post, even as protesters claimed the move to short-circuit the remainder of the selection process proved trustees were corrupt.

After pleading for civility, trustee Ford Dye retreated from an on-campus hotel ballroom in Oxford, as protesters refused to be silent. After police wrestled one student out of the room to chants of “Shame! Shame! Shame!” the university’s police chief announced the event was canceled. 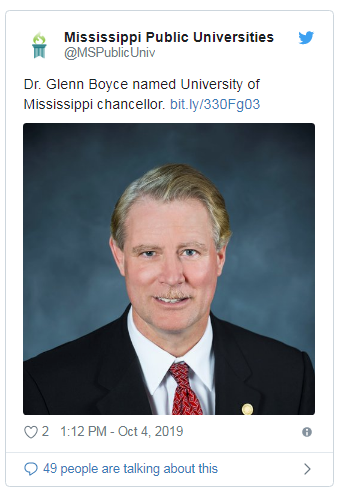 Boyce was earlier hired by the university’s private foundation to meet with influential individuals about the search. Boyce denied then he was seeking the job.