President Donald Trump is tweeting that Tate Reeves, the Republican nominee in the Mississippi governor’s race, has his “Complete & Total Endorsement.”

Reeves is the current lieutenant governor. He faces Democratic Attorney General Jim Hood and two other candidates in the Nov. 5 election.

Trump wrote in two tweets Wednesday night: “Tate is strong on Crime, tough on illegal immigration, and will protect your Second Amendment. …He loves our Military and supports our Vets!” 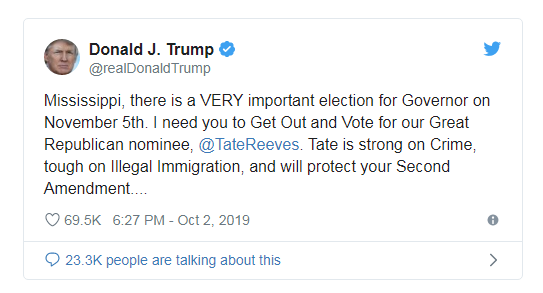 Hood’s campaign tweeted Wednesday that Hood won strong support in his home precinct in the Democratic primary, and Reeves lost close to home in the Republican primary and runoff, adding: “Someone once told me: ‘Your homefolks know you best.’” 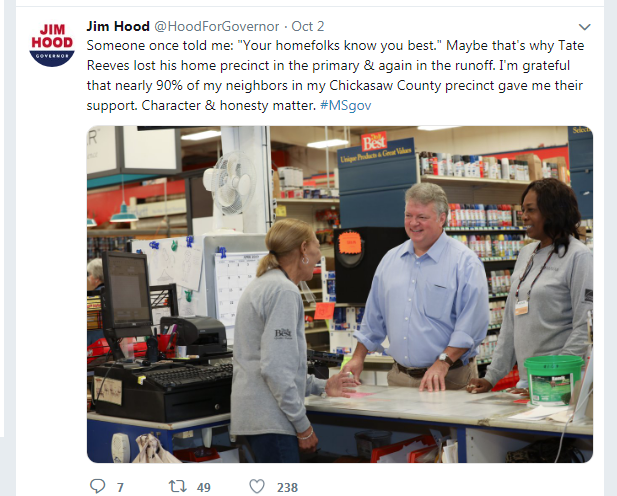