HATTIESBURG, Miss. (AP) — Law enforcement is investigating after a viral video shared on Snapchat appears to show a teenager shooting a dog as another teen laughs about it.

The Hattiesburg American reports that the video was reported to Lamar County authorities.

Lamar County Sheriff Danny Rigel says the department learned the shooting happened in Perry County, so the case was sent there.

Perry County Sheriff Mitch Nobles said his office investigated, and the case has now been sent over to youth court for further review.

Nobles says he isn’t sure when the video was created, but he was made aware of it on Sunday night. 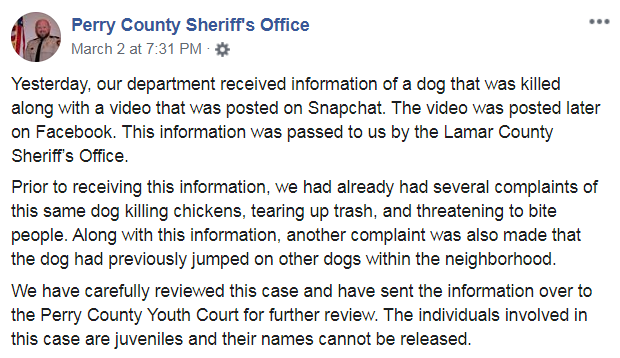 USM baseball’s Tate Parker adjusting back to Division I ranks

Hancock High School sending four to the next level.