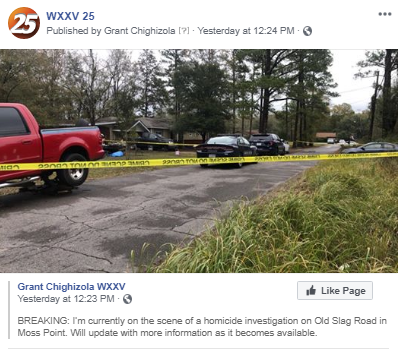 Officials say the two appeared to suffer from “obvious trauma”.  Another person who has not yet been identified was taken to Singing River Hospital in critical condition.  Jackson County deputy-Corner, Carol Fagan says this incident is still under investigation.