A Mississippi grand jury has cleared Sergeant Lancen Shipman in the fatal shooting of a felony suspect in Moss Point.

A Jackson County Grand Jury on Tuesday found no criminal conduct on behalf of Sgt. Shipman in the Aug. 8 death of Toussaint Diamon Sims. 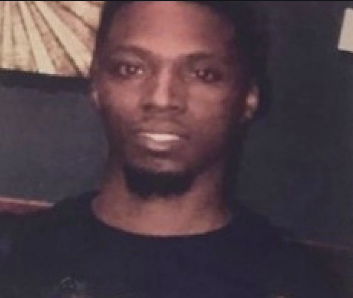 Sims led police on a chase from Pascagoula into Moss Point before he ditched the vehicle and ran. Moss Point Police Chief Brandon Ashley says during the foot pursuit, Sims displayed a firearm in a threatening manner, causing the officer to fire his weapon.

No word on when the footage will be made available to the public. 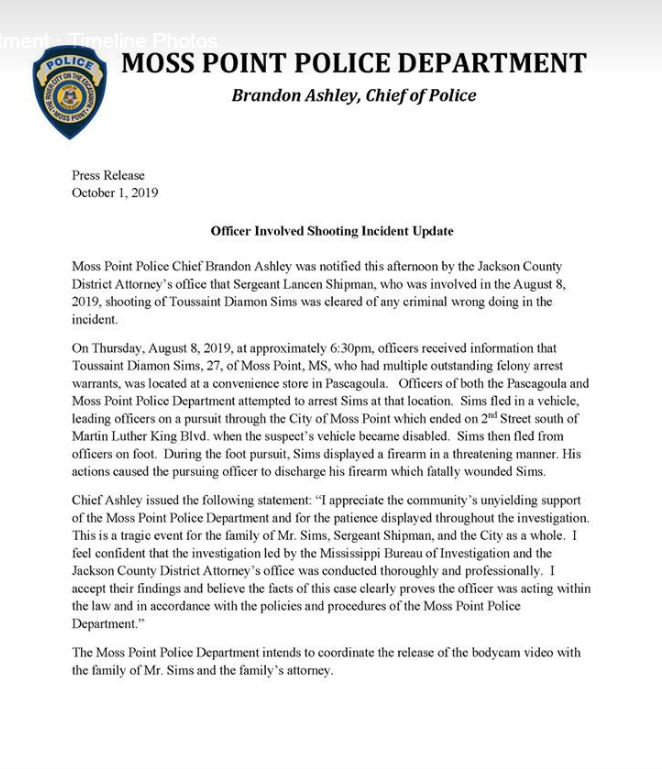 News 25 will be speaking with attorneys representing Sims’ family and the police department.