(WXXV) — Severe drought conditions along the Mississippi Coast have led to drier than normal soil and dehydrated vegetation, creating plenty of fuel for any wildfires that develop.

The National Weather Service said Wednesday morning, “Low afternoon minimum relative humidity expected to reach the mid to lower 20s, combined with gusty northerly winds in the range of 10 to 15 mph, with occasional gusts to 20 to 25 mph will lead to dangerous burning conditions.”

The Mississippi State Forestry Commission lifted a statewide burn ban on April 16, but some local burn bans are still in place.

Last Friday, the Cities of Bay St. Louis and Waveland issued burn bans that are in effect until further notice. Additionally, a burn ban is in place for all of Harrison County for at least the next week.

The Harrison County Board of Supervisors has granted Fire Chief Pat Sullivan the authority to issue and cancel burn bans as necessary. Sullivan says he will reassess the need for a burn ban on a weekly basis. 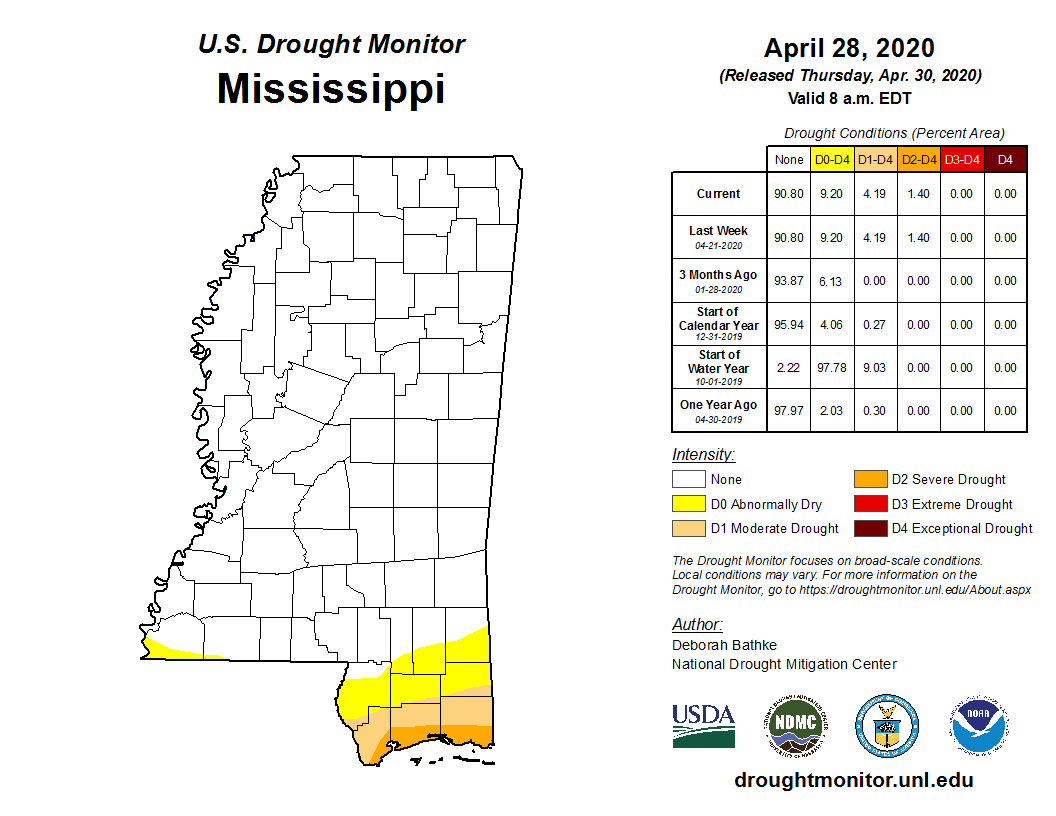 A new drought report is expected to be released on Thursday, May 7. However, with little to no rainfall across the area over the last week, it is doubtful that conditions will improve.