JACKSON, Miss. (WCBI) – An inmate serving life for kidnapping and rape dies in prison over the weekend. 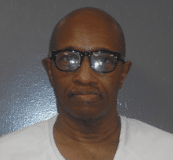 Wilson was convicted of kidnapping a woman and three children from Louisiana in 1982 and was sentenced to life in prison in 1983 in Amite County.

He later pleaded guilty to raping the female and received another 40 years along with the life sentence.

An autopsy will determine the official cause of death.