Gulfport Police Chief: Suspect who barricaded himself in store is dead 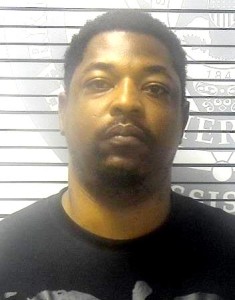 Gulfport Police Chief Adam Cooper said in a press briefing this afternoon that the suspect who barricaded himself into Canal Grocery was found dead inside the building Wednesday afternoon.

Cooper told the media about 1:30 p.m. that police shot tear gas into the building in a effort to get the suspect to come out. But after two hours with no response, police entered the building to find the suspect, later identified as Jeremy Alexsunder Reynolds, 32, of Biloxi, was dead.

Police responded to a call about an armed carjacking at Magnolia Avenue shortly after a suspect in a triple homicide in Biloxi fled the scene.

Reynolds was chased to a residential area on 28th Street, where he fled from police into the Canal Grocery.

The suspect also attempted a second carjacking of a vehicle stopped at the signal light at Canal Road and 28th Street, but the automatic door locks were deployed. With police in pursuit, the suspect gave up on the carjacking and ran to the store.

Cooper said two people who were in the store fled when the suspect entered.

Police tried to contact the suspect in the store, but got no response. They deployed tear gas after about 30 minutes, and entered the store about two hours after the tear gas was used to find Reynolds dead.

In addition to Gulfport Police, Harrison County, Highway Patrol and military police from the Seabee Base were on scene. Gulfport also had its SWAT team deployed.

Cooper said his department and Biloxi officials are working together to determine whether the hotel shooting, the carjacking the standoff are related.

“This is out of character for this area,” Cooper said.