Gulfport has third suspect in April drive-by shooting in custody 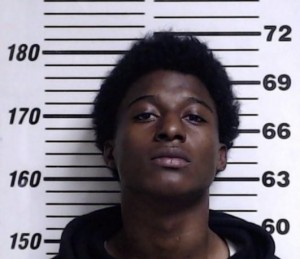 A third suspect wanted in connection with a drive-by shooting that occurred on April 24, 2021, is now in custody, according to Gulfport Police.

In a tweet sent out by the department about 7:30 a.m., Gulfport Police said that “Thanks to the help of the community, Jermaine (Rashod) Mayers has been located.”

He was taken to the Harrison County jail and his bond was set at $750,000. There was a hold placed on Mayers for a kidnapping warrant through Harrison County Sheriff’s Office.

Gulfport Police also arrested Richard Revon Norman III, 29, on a charge of felony hindering during the apprehension of Mayers.

Mayers was featured on a billboard on U.S. 49 that went up last week. He also is a suspect in a deadly shooting in Wiggins. Jacoby Bolton, 19, was killed when shots were fired on Hope Avenue on Noveember 16.

Mayers, 16, is the alleged shooter in a drive-by shooting that happened about 11:44 a.m. on April 24 on Thornton Avenue near 19th Street. Mayers, Champagne Azizi Burnett, 22, and Shaniqua Tashae Willis, 27, were in a vehicle with Mayers, with Willis driving.

Police had been looking for Mayers since the incident and reported that he was in custody on Tuesday morning.

The incident is still under investigation.