The man found in the Pascagoula River has been identified by Jackson County Coroner Bruce Lynd Jr. as 29-year-old Dustin Lee Suttles of Gautier.

His body is being sent to the Biloxi Crime Lab for an autopsy, which is scheduled for Thursday.

Jackson County Sheriff’s investigators sent photos of tattoos found on the body to help identify him. Sheriff Mike Ezell said the Suttles family recognized the “334” tattoo and confirmed his identity.

The Mississippi Department of Wildlife, Fisheries and Parks recovered the body from the Pascagoula River around 1 p.m. near the Roy Cumbest Bridge off Wave-Vancleave Road.

Ezell said a boat also was found about a quarter mile downriver from where Suttles was located, but have not yet determined who owns the boat. 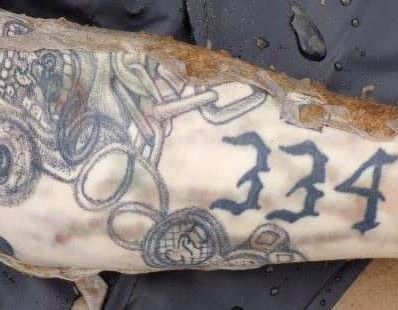