In 2003, retired U.S. Air Force Colonel Chris Stricklin was performing in an air show as he had many times before. Only this time it would be a flight he would remember for the rest of his life. “The bottom line is I didn’t talk about it for 13 years and the thing is with trauma, it’s not good to not talk about it,” says Retired U.S. Air Force Colonel Chris Stricklin. 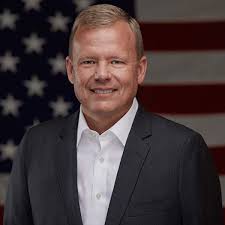 He spoke to News 25 about his near death encounter, “I was a Thunderbird flying my opening maneuver in front of Mountain Home Idaho and 25.25 seconds after takeoff my aircraft exploded hitting the ground. I ejected and what they called an unsurvivable ejection. I landed in the fireball. ”

The life changing event inspired Stricklin to collaborate with a fellow fighter pilot, with a different type of near-death experience, to publish “Survivor’s Obligation: Navigating an Intentional Life”.

“I partnered with my co-author who is diagnosed with unsurvivable cancer. 15% chance of living in five years and that was nine years ago. We talked about this and we said we don’t feel regretful that we survived we feel and obligation.” 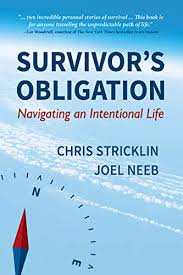 It also prompted Stricklin to help others.

“I partnered with an organization in San Antonio called Warriors Heart and it’s an incredible organization that is there to protect our protectors. It’s there for people who have P.T.S.D., first responders or warriors who come back and have chemical addiction.” 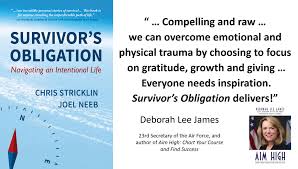 News 25 Game of the Week: Bay High vs. St. Stanislaus