UNIVERSAL CITY, Calif. — May 22, 2018 — Brynn Cartelli, a 15-year-old music and high school student from Longmeadow, Mass., was crowned champion of “The Voice” tonight. The soulful pop artist is the youngest winner ever in the history of NBC’s four-time Emmy Award-winning musical competition series.

Cartelli faced tough competition from the other Top 4 finalists — Spensha Baker and Kyla Jade from Team Blake, and Britton Buchanan from Team Alicia. 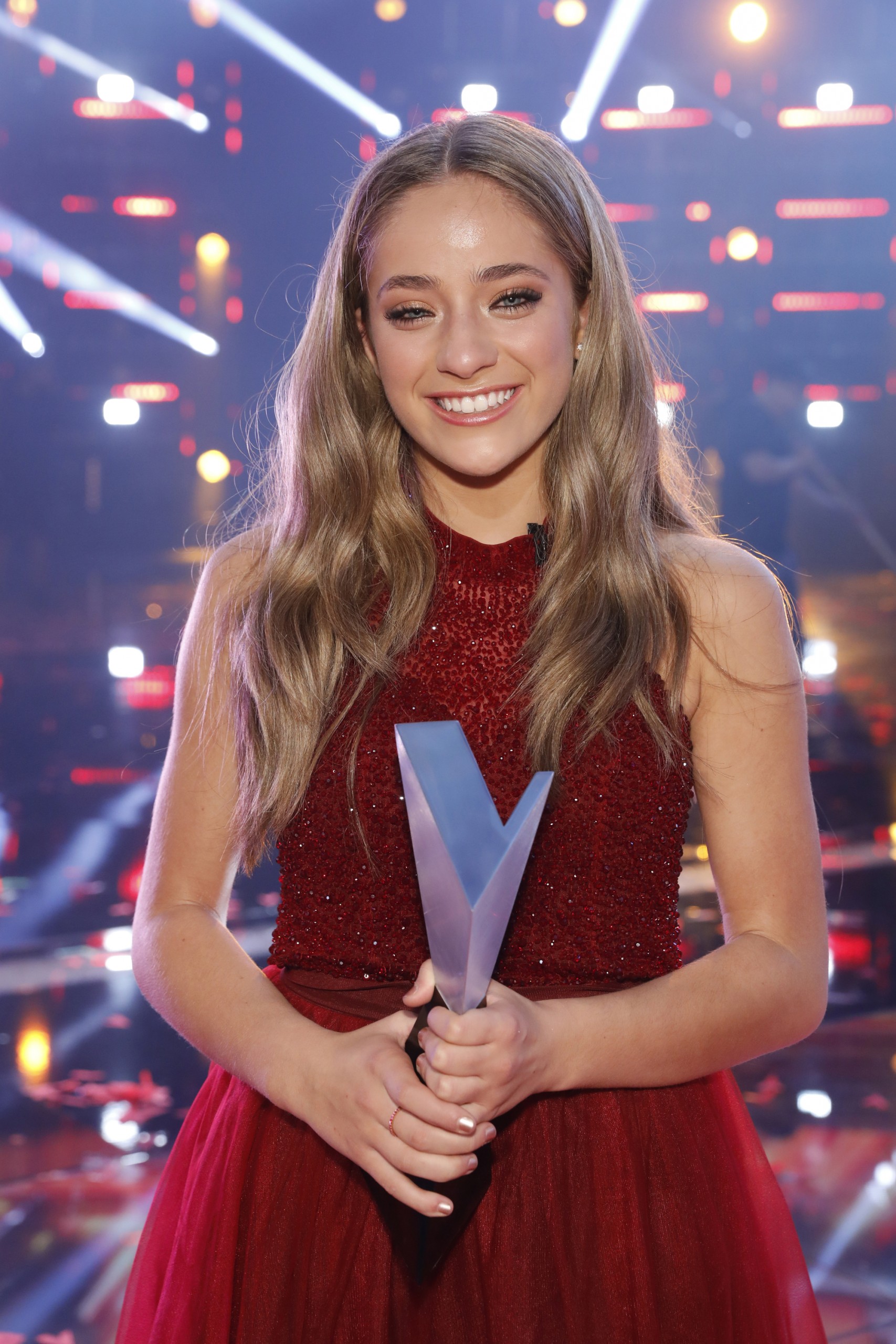 In her Blind Audition, Cartelli sang “Beneath Your Beautiful” by Labrinth feat. Emili Sande, earning her a chair turn from both Blake Shelton and Kelly Clarkson. After both coaches fought to work with this young talent, Cartelli ultimately chose first-time coach Clarkson. A powerful performance of Sia’s “Unstoppable” in the Live Playoffs earned Cartelli a spot in the Top 12 though America’s votes. Her ability to cross genres with songs such as Patty Griffin’s “Up to the Mountain,” Lady Gaga’s “You and I” and Coldplay’s “Fix You” brought Cartelli all the way to the Semi-Finals, where a moving performance of Jackie DeShannon’s “What the World Needs Now Is Love” sealed the deal and sent her all the way to the Finals.

Last night, Cartelli debuted her original single “Walk My Way,” which was co-written by Grammy-nominated and multi-platinum selling artist and songwriter Julia Michaels, who has written many of the biggest hit songs of the past several years. Coach Clarkson joined Cartelli for a duet of “Don’t Dream It’s Over” by Crowded House and Cartelli closed out the evening with a powerful cover of “Skyfall” by Adele.

On tonight’s finale, Cartelli performed a special duet with Michaels, who also served as one of this season’s Battle Advisers. Together they sang a medley of her Grammy-nominated smash hit “Issues” and new single “Jump” (feat. Triple Redd).

Cartelli’s love for music dates back to her early years when she would wake up singing in her crib, rather than crying. At 4 years old, she became inspired by her very own “Voice” coach, Kelly Clarkson, whose songs strengthened her connection to music. In between school, sports and friends, Cartelli found time to grow into a musician by learning to play the piano, writing her own music and recording captivating song covers. Growing up in a small town, Cartelli took advantage of any opportunity to perform locally, but with the support of her family ultimately knew that she was ready for a bigger stage and took a chance by auditioning for “The Voice.”

Cartelli has earned the grand prize of a recording contract.