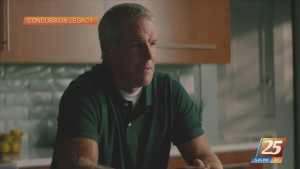 Hall of Fame quarterback Brett Favre released a statement Friday morning on his verified Facebook page regarding the money owed to the state of Mississippi.

Last week, State Auditor Shad White issued a demand for payment letter to Favre for $828,000. The money, White said, was for speaking engagements that Favre never showed up for and was diverted from Temporary Assistance for Need Families (TANF) funds.

Favre repaid $600,000 of that money earlier this week, but still owes the state $228,000 in interest and penalties, according to the state.

On Friday morning, Favre released a statement saying that the money paid to him was for work on commercials over a three-year period. He said he reached out to White to clarify what the money was for, but had yet to hear from White.

He also said he would never knowingly take money from those in need.

White responded about an hour after Favre’s original post, saying what the former NFL quarterback wrote were lies.

Below is Favre’s statement and White’s response: 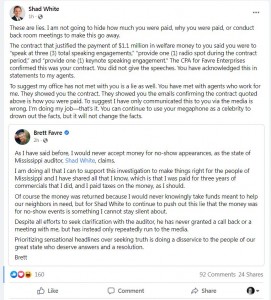 Animal A.I.D. of Mississippi talks about plans to build an animal sanctuary