Diamondhead councilman jailed on charges of assault, delinquency of a child 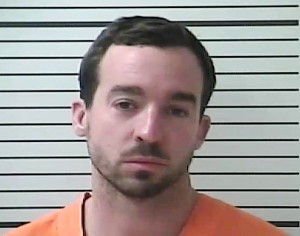 A Diamondhead councilman, who also is the son of a state senator, was jailed Monday on misdemeanor charges of simple assault causing bodily injury and contributing to the delinquency of a child.

Alan J. Moran was arrested Monday night and taken to the Hancock County jail. His bond was $2,500 on each charge.

His initial appearance was scheduled for Tuesday morning in Justice Court.

The Ward 2 councilman is the son of state Sen. Phillip Moran of Kiln.

According to the arrest report released by the Hancock County Sheriff’s Department, Moran asked the juvenile to work Monday because regular employees wanted to be off for Valentine’s Day.

The juvenile, a 17-year-old, agreed to work and Moran rode with the juvenile to train him. According to the arrest report, Moran bought and gave beer to the juvenile, and was touching the teenager on the inner thigh and his genitals.

The teenager asked Moran to stop, but when he persisted, the teen texted his parents and said he was uncomfortable. The parents called Hancock County Sheriff’s Office and met the juvenile at Dolly’s in the Kiln. The juvenile’s parents detained Moran until deputies arrived at about 7:30 p.m.

When deputies arrived, Moran did not have a shirt on.

Moran’s and the juvenile’s phones were taken as evidence. A supplement to the arrest report states that while deputies were taking statements from the juvenile and his parents, Moran ran into a tall grassy area and threw a phone. After Moran was taken to jail, a deputy conducted a search about 10:30 p.m. and found the phone, taking it into evidence.