The state reported its first case of Multisystem Inflammatory Syndrome in Children on Tuesday, the Department of Health reported.

The child lives in Central Mississippi and tested positive for COVID-19. The child has been discharged from the hospital, the MSDH reported. Other cases also are being investigated.

Mississippi also saw a spike of 272 new cases of COVID-19 and 27 deaths on Monday, the Department of Health reported today.

That brings the state totals to 11,432 cases reported as of Monday and 554 deaths. There are 7,681 cases that are presumed to have recovered in the state.

On the Coast, only 1 new death was reported, that being in Pearl River County.

Here’s a look at the cases by county in our area: 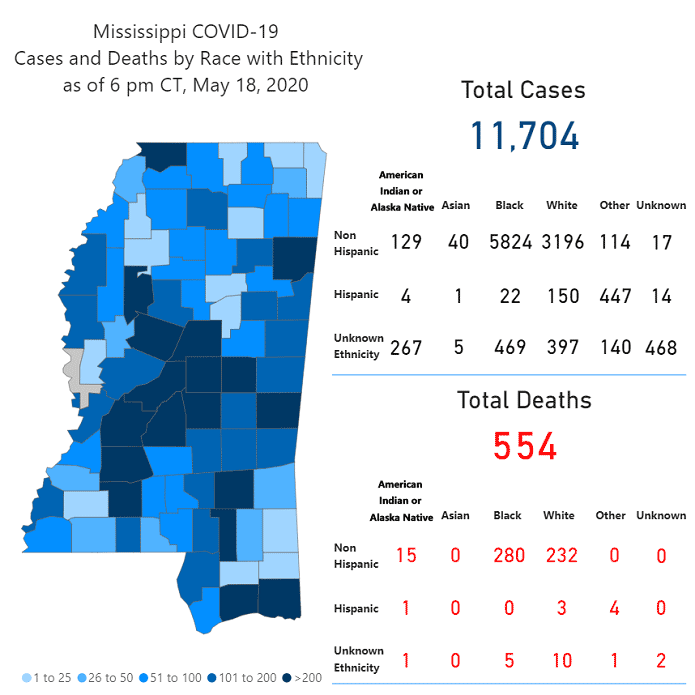 Cases and Deaths by County

Totals of all reported cases since March 11, including those in long-term care (LTC) facilities.

* Note: One death that was previously reported from Lauderdale County was in error, and has corrected.

The numbers in this table are provisional. County case numbers and deaths may change as investigation finds new or additional information about residence.