CAM ANTHONY FROM PHILADELPHIA NAMED SEASON 20 CHAMPION OF ‘THE VOICE’

UNIVERSAL CITY, Calif. —May. 25, 2021 — Cam Anthony, a 19-year-old former child prodigy from Philadelphia and currently living in Los Angeles, was crowned the champion of “The Voice” tonight.

In his Blind Audition, R&B-soul artist Anthony stunned the coaches with his emotional performance of “Lay Me Down” by Sam Smith, earning a three-chair turn from the coaches. Ultimately to everyone’s surprise, he ended up choosing to be on Team Blake. Anthony went on to win his Battle Round after impressing the coaches with his versatility singing “10,000 Hours” by Dan + Shay and then his Knockout Round with a powerful rendition of “Feeling Good” by Nina Simone.

During the live rounds, Cam garnered a four-coach standing ovation with his soulful take on “Take Me to Church” by Hozier and gave  a beautiful performance of “It’s So Hard to Say Goodbye to Yesterday” by Boyz II Men, winning America over and securing him a spot in the Top 5. 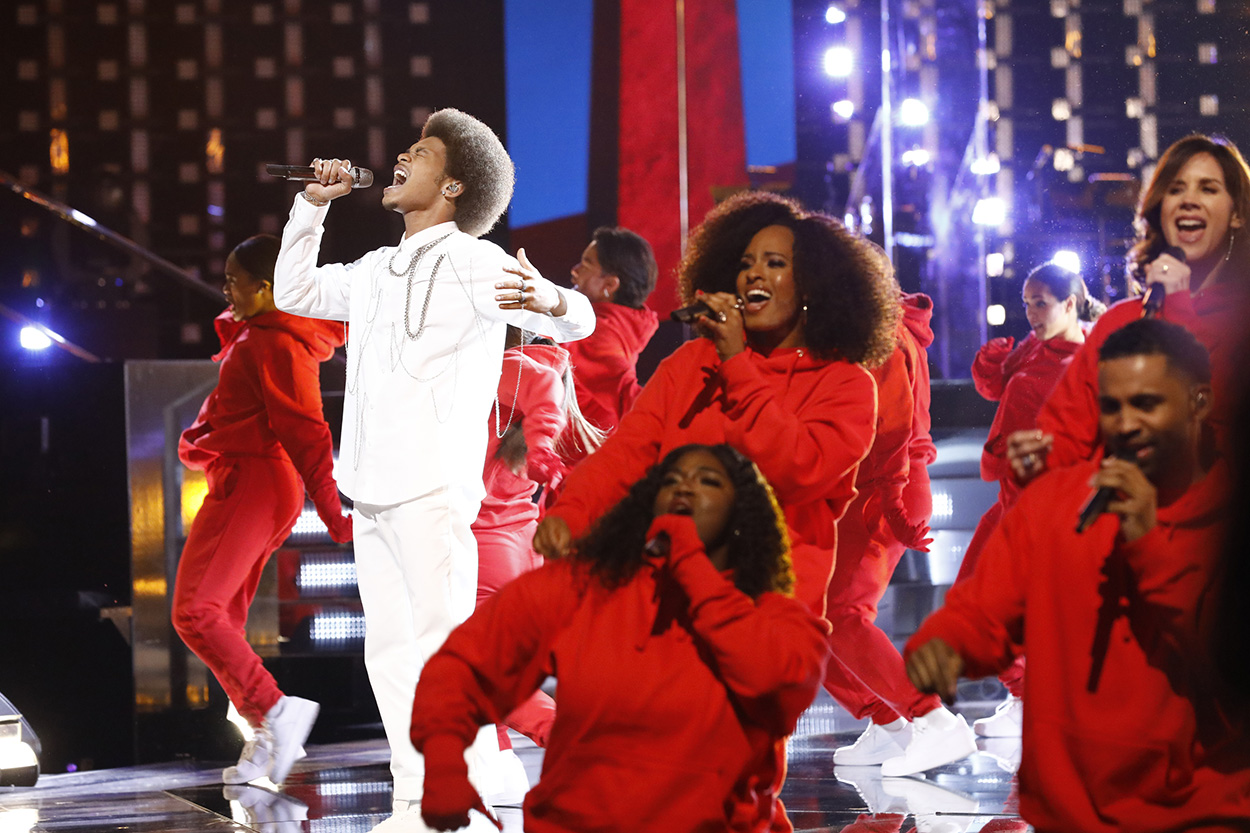 On Monday night’s telecast, Anthony once again showed his range with his empowering performance of the Golden Globe, Oscar and Grammy-nominated anthem “Stand Up” by Cynthia Erivo from the critically acclaimed film “Harriet” and thrilling rendition of “Wanted Dead Or Alive” by Bon Jovi.

On tonight’s finale, Anthony was joined on stage by coach Blake Shelton for a special duet of “She Drives Me Crazy” by Fine Young Cannibals.

Anthony was the #1 most-viewed artist on YouTube this season with 5.4 million collective views.

Anthony grew up in North Philadelphia and turned to music as an escape from the violence and crime he faced in the city. He learned at an early age how to control his voice and honed his skills in the church choir. At 11, his life changed forever after a video of him singing a Bruno Mars song went viral. Anthony was later invited to open for Patti LaBelle, perform on “The Ellen DeGeneres Show,” and even perform at the White House for the annual Easter Egg Roll. At 12, he was signed by Dr. Dre. and spent the rest of his teen years recording and performing. His contract ended recently, but Anthony is ready to take full control of his artistry and continue making a name for himself on “The Voice” stage.

“The Voice” is the #1 most-watched alternative series for the 2020-21 season to date ahead of “The Masked Singer.”

“The Voice” is a presentation of MGM Television, Warner Bros. Unscripted Television in association with Warner Horizon, and ITV Studios The Voice USA, Inc. The series was created by John de Mol, who serves as an executive producer along with Mark Burnett, Audrey Morrissey, Amanda Zucker, Kyra Thompson and Adam H. Sher.