Bay St. Louis Police are investigating a shooting that led to the death of a Gulfport man.

According to a press release from Chief Gary Ponthieux Jr., officers responded to the Third Base Lounge on Highway 90 about 4 a.m. Sunday morning about a shooting.

Officers responding said they found Jermaine Watts, 23, in the parking lot, suffering from multiple gunshot wounds. He died at the scene. Pearl River Coroner Derek Turnage responded to the scene.

Hours later, a suspect was identified and a warrant was issued for Joseph Elonzo Haynes, 33, of Pass Christian. He was taken into custody Sunday evening and is under $1 million bond at Hancock County jail set by Municipal Judge Stephen Maggio.

The investigation is ongoing. Anyone with information about the shooting is asked to contact Bay Police at 228-467-9222 or Crime Stoppers at 877-787-5898 or on the web at www.mscoastcrimestoppers.com. 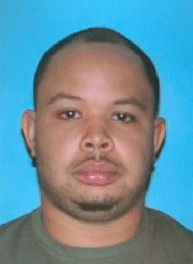