Officials say 32 parachuting soldiers were injured and 18 of them hospitalized during a night exercise in Mississippi, and one suffered a broken back.

Officials say about 650 soldiers based in Alaska were jumping in to open a 10-day training exercise at Camp Shelby Joint Forces Training Center, and 87 of them were blown into pine trees. A news release says 32 were injured. 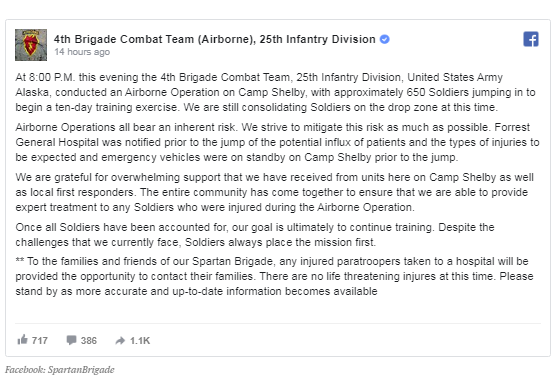