State Troopers say they responded to a single-vehicle accident in the early morning hours of Wednesday, September 30 at 2:10 a.m., claiming the lives of two individuals.

The wreck occurred in Jackson County on Interstate 10 eastbound near mile-marker 60.

When troopers arrived on scene, it appeared that a Nissan pickup truck traveled off the roadway colliding with a tree, with five passengers in the vehicle. 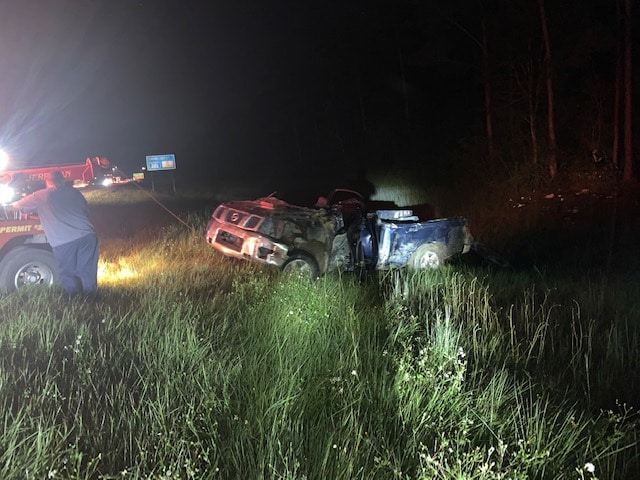 One passenger was pronounced dead at the scene. The driver was airlifted from the scene and later died at the hospital.

The three remaining passengers were transported to a local hospital by ambulance.

The accident is currently under investigation by the Mississippi Highway Patrol. The names of the victims are being withheld, pending notification of the next of kin.