WXXV Staff,
Taylor Swift was up. Elon Musk was in, out, in and maybe out again. Tom Cruise was back. BTS stepped aside, and so did Serena Williams, and Tom Brady too — oops, scratch that.

But the slap? The slap was everywhere.

Ok, so maybe it wasn’t on the level of a moon landing, or selection of a pope. But henceforth all you need say is “the slap” and people will know what you mean — that moment Will Smith smacked Chris Rock at the Oscars and a global audience said, “Wait, did that happen?” Even in the room itself — maybe especially in the room itself — there was a sense everyone had imagined it, which helps explain why things went on as normal, for a bit.

The pandemic was over, phew! Well, of course it wasn’t. But live entertainment pushed forward in 2022, with mask mandates dropping and people rushing to buy things like, oh, Taylor Swift tickets!

We’ll take any segue to mention Swift, who already had a big year in 2021, but just got bigger — heck, she broke Billboard records and then she broke Ticketmaster. (No word if she got her scarf back).

Then there was Cruise, turning 60 in ’22 just like the Rolling Stones, swooping into Cannes with his most successful movie and showing, like those still-touring rockers, that when they tell you “The end is inevitable,” as they do in “Top Gun: Maverick,” you can always reply: “Maybe so, sir, but not today.” 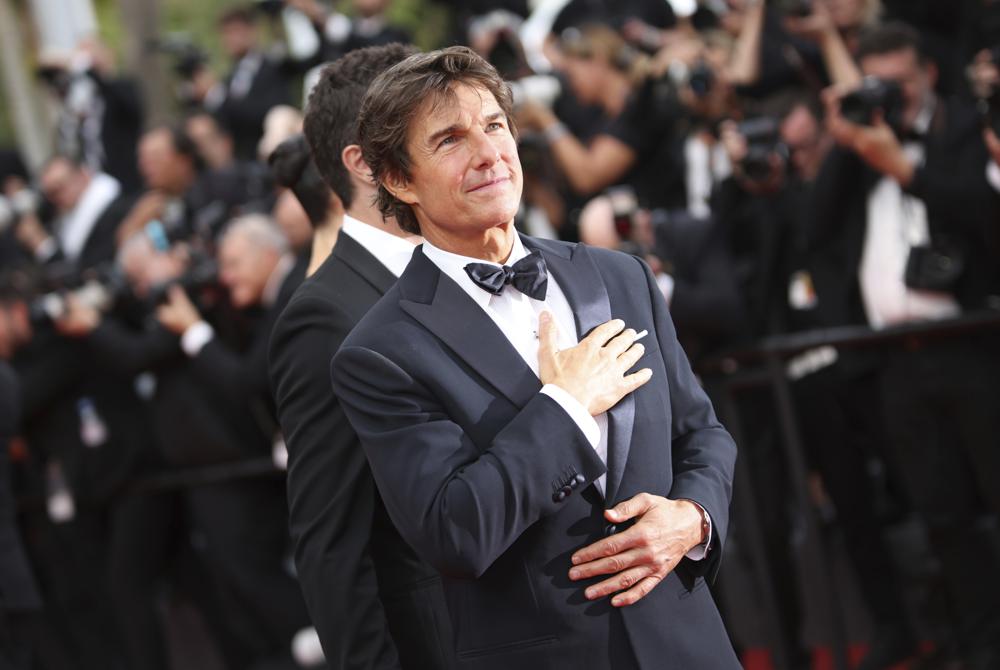 Will audiences one day find Cruise – or the Stones, for that matter – too wrinkled and past the sell-by date? Maybe so, but not this year.

Our annual, totally selective journey through a year in pop culture:

It’s GOLDEN GLOBES time. But is a Globes with no telecast, boozy celebs or red carpet a Globes at all? The embattled Hollywood Foreign Press Association, reeling from stunning failures over diversity, holds a private event and plans a comeback next year. Hey, remember the original wardrobe malfunction? Well, JANET JACKSON says she and JUSTIN TIMBERLAKE have moved on, and so should we. The New York Times buys Wordle, and we’re all thinking in five-letter words (though W-O-R-D-L-E is six, just saying.) Meanwhile, it’s a month of loss, heading off a year of loss: pioneering Black actor, director and activist SIDNEY POITIER dies at 94. 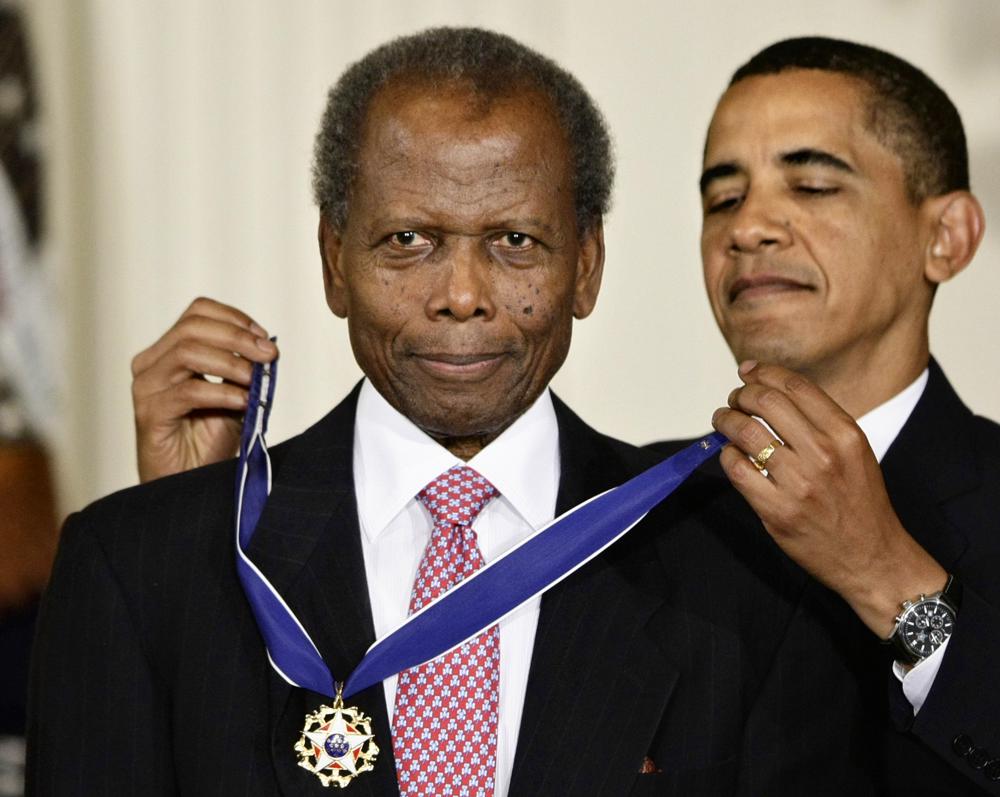 What would a year in pop culture be without BRITNEY? Just months after her liberation from her restrictive conservatorship, Spears is reported to have signed a mammoth book deal, but at year’s end we’re still waiting for news. RIHANNA is pregnant! TOM BRADY retires! (Stay tuned, on that one.) TAYLOR watch: JAKE GYLLENHAAL speaks out, saying he really has nothing to do with that song.

Quick, who wins Oscars this month? Well, “CODA” does, a feel-good drama with a largely deaf cast, and TROY KOTSUR becomes the first deaf actor to win an acting Oscar. Alas, all anyone can talk about is — you know. SMITH, who wins the best actor award not long after slapping Rock over a joke about his wife, Jada Pinkett Smith, won’t truly address the issue until the end of the year, so keep reading. KARDASHIAN watch: Kim K is declared legally single again in her ongoing divorce with YE, the rapper formerly known as KANYE WEST. And BRADY, retired for 40 days, says, “Never mind!” 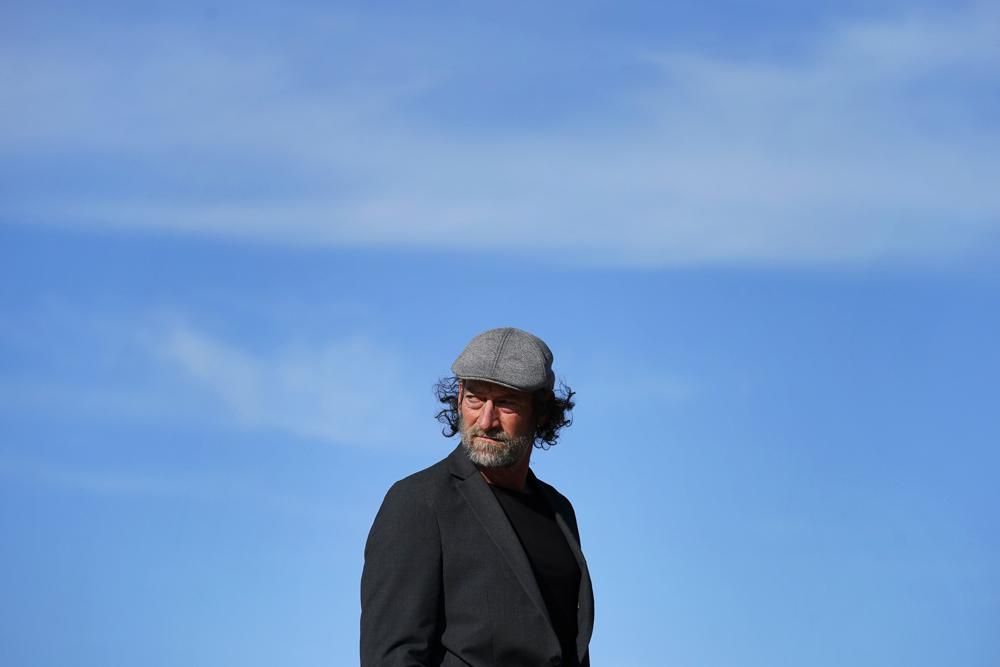 Troy Kotsur, nominated for an Oscar for best supporting actor for his role in the film “CODA,” poses for a photo at Red Rock Park in Mesa, Ariz., on Jan. 28, 2022. (AP Photo/Matt York)

It’s GRAMMY time, and JON BATISTE wins big, taking five statuettes. The musician’s huge year will later include performing at the first state dinner of the Biden administration, for French President Emmanuel Macron. The next day Macron will meet with MUSK (thanks for the segue, Monsieur le President) who begins his acquisition of TWITTER this month, leading to untold — and still unfolding — changes at the social media giant. 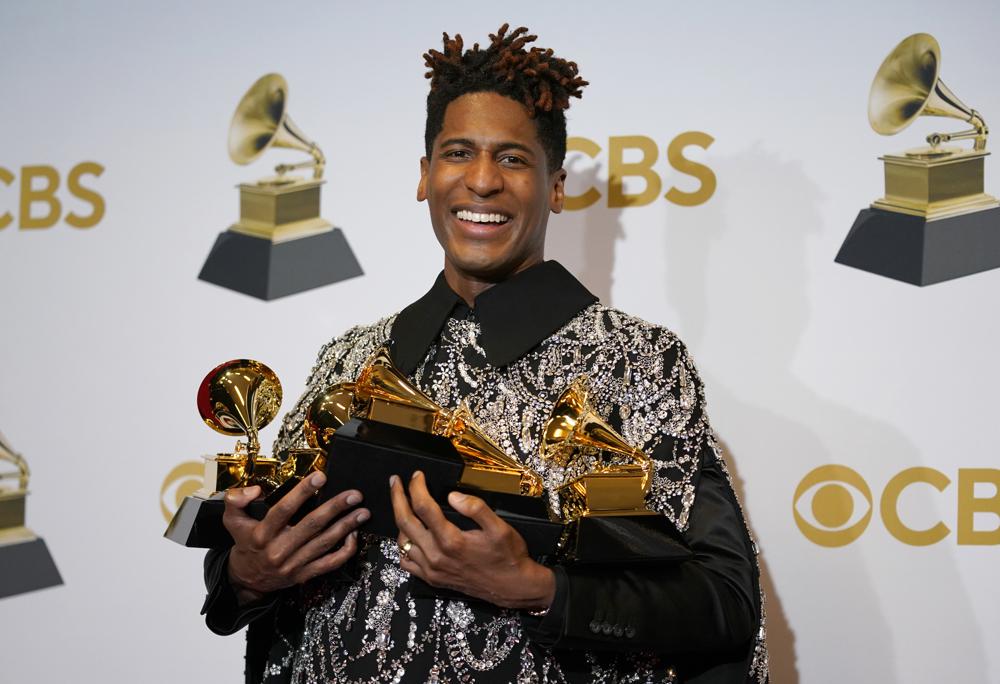 So imagine you’re sipping cocktails at the MET GALA and a musician comes sauntering through, playing the melodica — of course it’s BATISTE, because the Met Gala’s that kind of crazy party. The biggest splash of the night, though, is KARDASHIAN, on the arm of boyfriend PETE DAVIDSON, wearing the same sequined, skin tight gown MARILYN MONROE wore to sing “Happy Birthday” to JFK in 1962. In movies, “Top Gun: Maverick” opens, the highest-grossing domestic debut in CRUISE’S career, and his first to surpass $100 million on opening weekend. HARRY STYLES fans rejoice! His album, “Harry’s House,” is here. 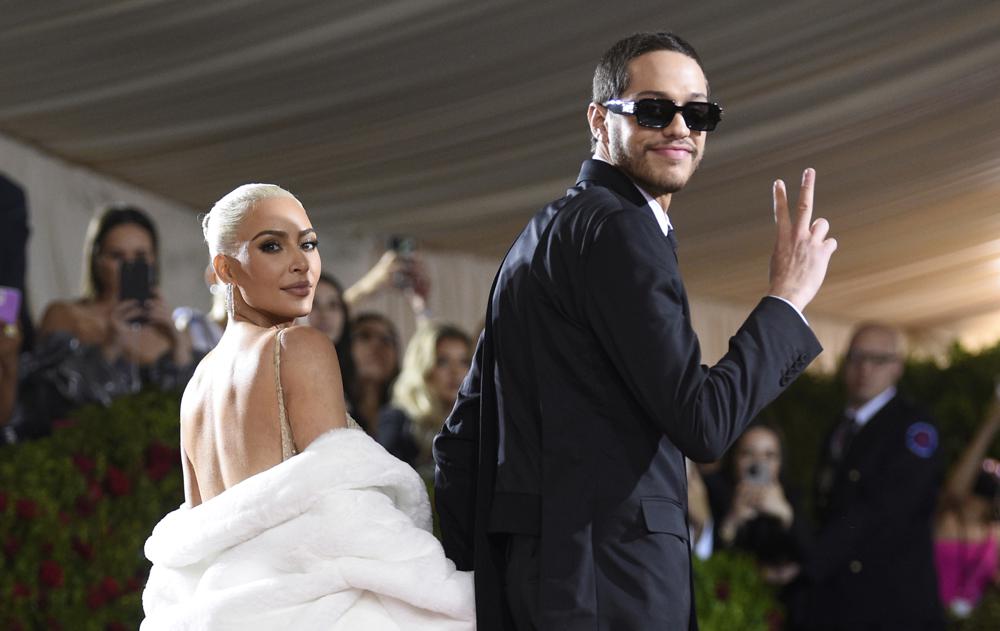 Stunning news for the global fanbase of BTS as the K-pop supergroup announces it’s taking a break to focus on members’ solo projects. On the legal front, a Virginia jury hands DEPP a victory in his very messy libel case over allegations of domestic abuse, finding that former wife HEARD defamed him in a 2018 op-ed. On a happier note, Britney gets married…. 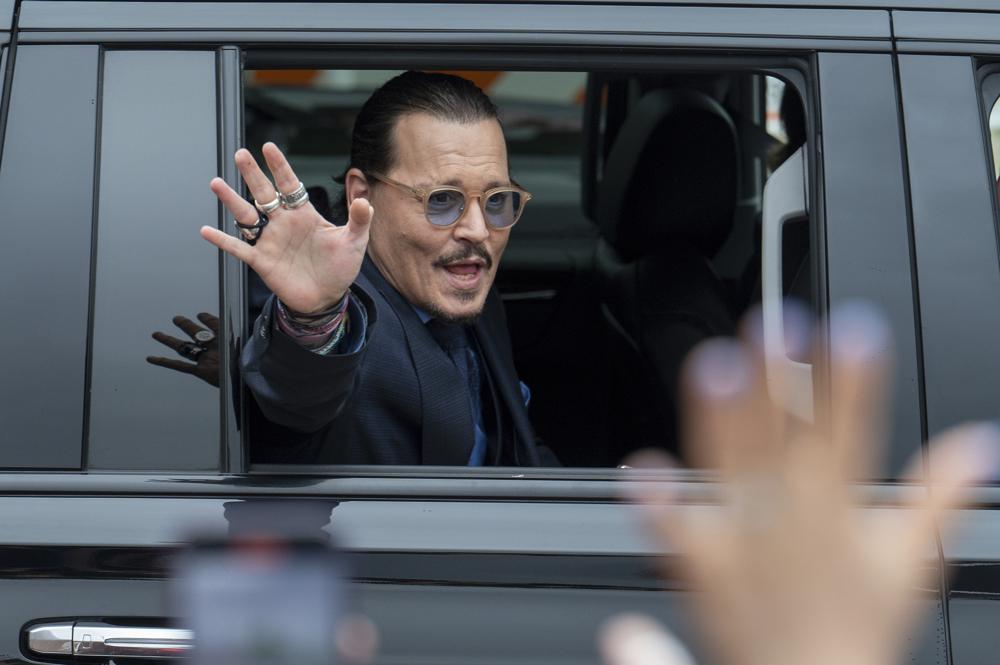 Only one wedding, Britney? BENNIFER has two! Maybe what happens in Vegas usually stays in Vegas, but not when you have 227 million followers on Instagram. With a winking reference to being a “Sadie” (married lady) JENNIFER LOPEZ directs fans to her newsletter where she shares pics of her quickie wedding to BEN AFFLECK. “Love is beautiful,” she writes. “And it turns out love is patient.” Speaking of patience, fans of BEYONCÉ are rewarded for theirs with the release of her long-awaited “Renaissance,” her first solo album in six years. 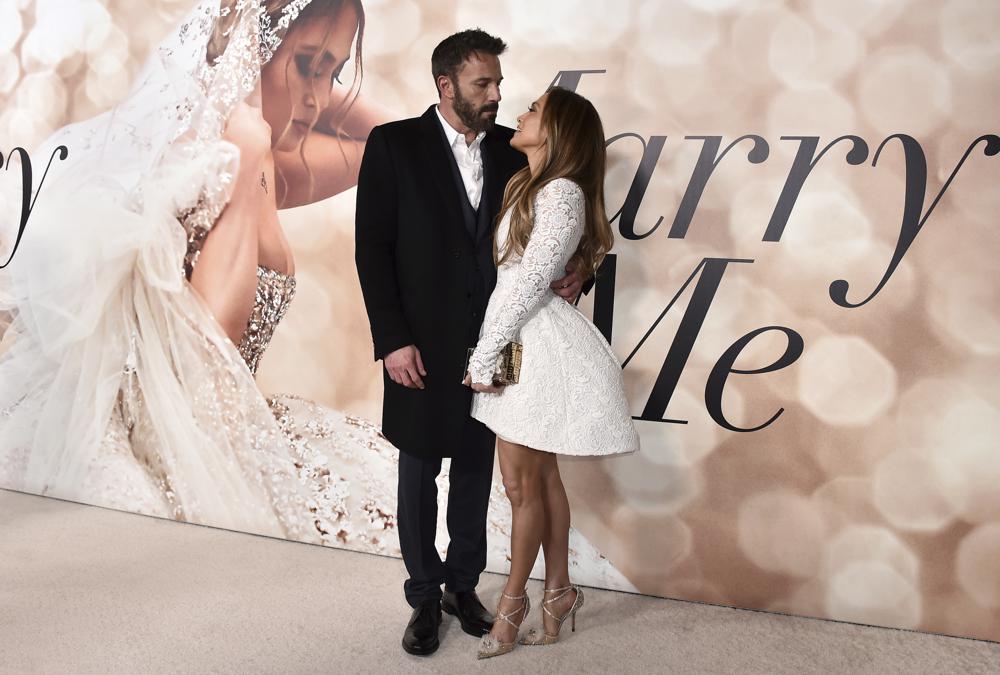 Jennifer Lopez and Ben Affleck attend a photo call for a special screening of “Marry Me” at DGA Theater on Tuesday, Feb. 8, 2022, in Los Angeles. (Photo by Jordan Strauss/Invision/AP)

So, we were saying … Bennifer’s second wedding, on Affleck’s compound in Georgia, is bigger and fancier. One wedding, one split: KARDASHIAN and DAVIDSON are no longer. In other summer news, the world remembers PRINCESS DIANA, whose shocking death happened 25 years ago, and whose life is being rehashed for a new generation in the current season of “The Crown.” Only days after the anniversary, that same Netflix series will pause production as a mark of respect for QUEEN ELIZABETH II as Britain — and the world — mourn the beloved monarch, who dies at age 96 after more than 70 years on the throne. 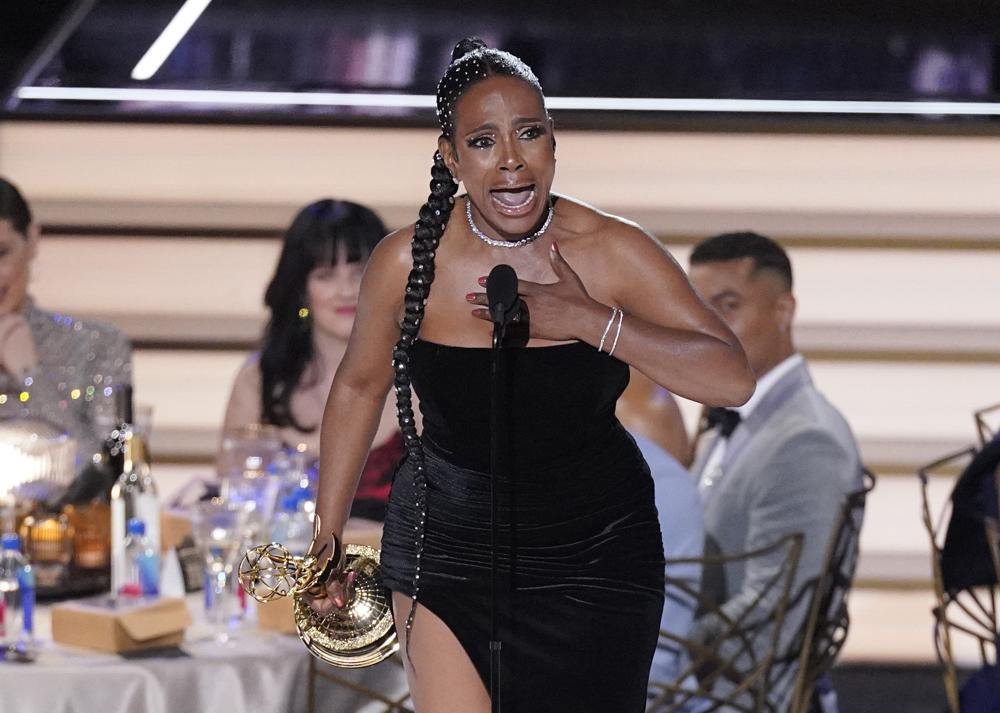 Mounting political intrigue in Europe, and by that we mean, did spit fly at the Venice premiere of “Don’t Worry Darling”? Either way the movie, directed by OLIVIA WILDE and starring her boyfriend (alleged spitter STYLES), is saddled – or blessed? – with more than its share of extracurricular drama. At the EMMYS, behold SHERYL LEE RALPH, who wins for “Abbott Elementary” and schools the crowd on the power of dreams and self-belief. “This is what believing looks like,” she says. You know what else believing looks like? Rachel Berry from “Glee” – aka LEA MICHELE – at last getting to play Fanny Brice in “Funny Girl” on Broadway. In sports, with four rueful words that resonate with working moms everywhere, SERENA WILLIAMS says she’s stepping aside from tennis, because “something’s got to give.”

The second HARVEY WEINSTEIN trial opens in Los Angeles. ADIDAS drops YE, part of a cascade of companies that will sever ties with the rapper over his antisemitic and other troubling comments. The MUSK era begins at TWITTER as the world’s richest man carries a sink into the office, to “let that sink in.” HEIDI KLUM’s Halloween costume is a slimy, glistening rain worm. But before the month worms away from us, let’s cede it to SWIFT for dropping her new album, “Midnights” (Spotify’s most-streamed album in a single day), then adding seven bonus tracks, then becoming the first artist to occupy all top 10 slots on the Billboard Hot 100 chart. Let THAT sink in! P.S. Celebrity divorce watch: BRADY and )GISELE BUNDCHEN split. 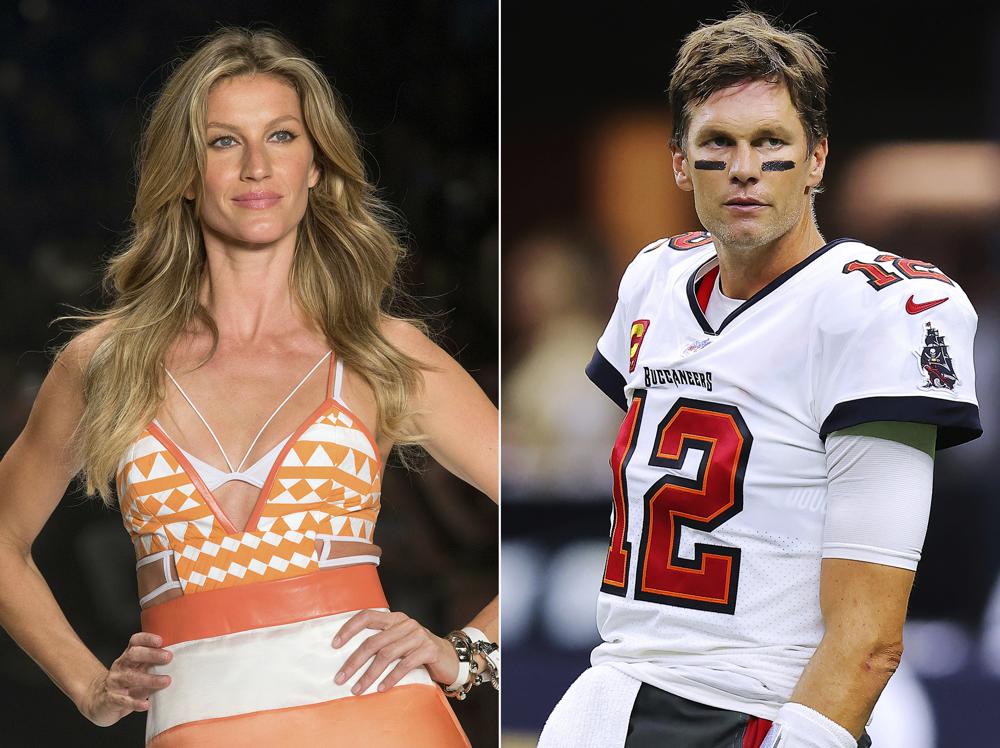 Love ’em or hate ’em, here come HARRY and MEGHAN again, with a Netflix documentary watched very closely by royalty across the pond. Over at Twitter, MUSK says he’ll step down as CEO — after polling users — once he finds someone “foolish” enough to replace him. Cameron’s “AVATAR” sequel finally appears, 13 years after the original broke records, and yes, moviegoers flock to Pandora once again. And bringing the year full circle, SMITH emerges to promote his new film, “EMANCIPATION,” hoping people will forget about … what was it? … at least enough to check out the movie. 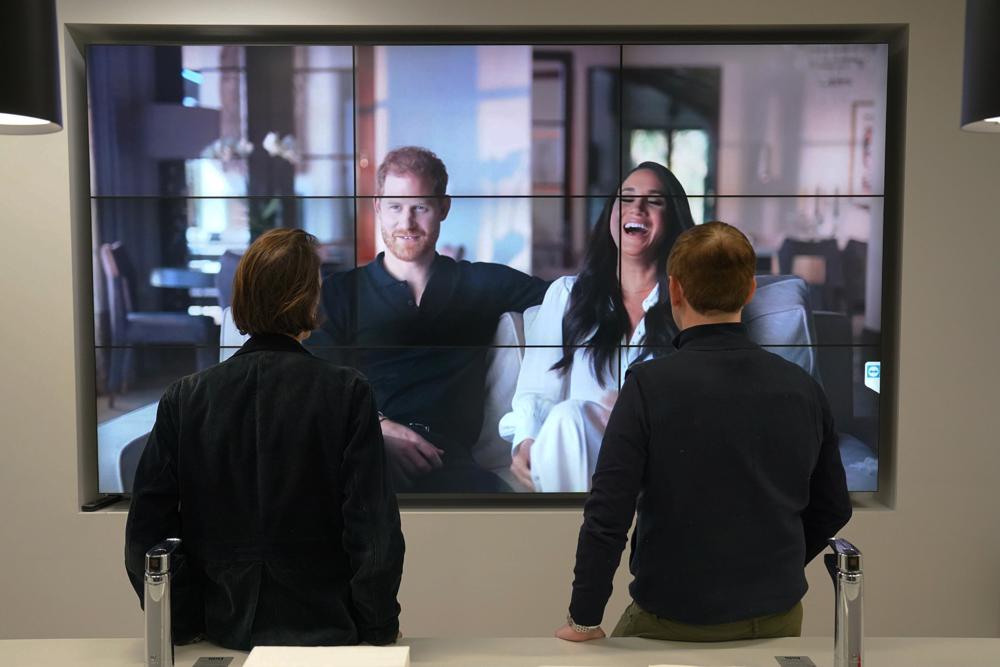 In this year of comebacks, will Smith’s be the biggest?

Brooks & Dunn to bring their Reboot 2023 tour to Biloxi

Memorial for Lisa Marie Presley to be held at Graceland