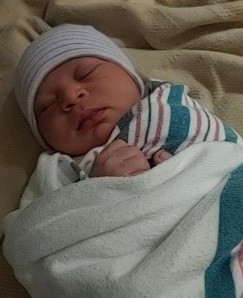 Gulfport Police is requesting the public’s help to find a missing person, Tori Evelyn Jade Alicie. Her one-month-old son, Ezekiel Burgess, of Gulfport has been safely located with the father but authorities still have not made contact with Tori.

Alicie is described to police as a white female, 18. She is 5-foot-3 and 120 pounds, and has brown eyes and blonde hair.

Anyone with any information or the known location of Alicie and Ezekiel is urged to contact the Gulfport Police Department at (228) 868-5959.

18-wheeler overturns near Canal Road exit on I-10