A man in Gulfport was injured Sunday after a shooting on East Railroad Street near Owen T Palmer Park.

The target of the attack, who wished to remain anonymous, told News 25 she and her ex-boyfriend had argued this morning before he started shooting at the house. 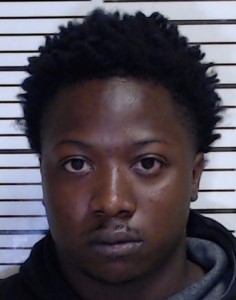 Her father was caught in the crossfire and was hit three times — but is in stable condition. He was airlifted to a hospital in New Orleans. He was listed as critical with multiple gunshot wounds.

Gulfport Police responded to a call about a shooting about 11:37 a.m. were still on the scene at about 1 p.m. this afternoon as family and curious onlookers watched the police tape go up.

Detectives discovered that Hill traveled to the location and got into an argument with the victim over a vehicle. During the argument, Hill discharged a firearm and struck the victim multiple times.

Hill was taken to the Harrison County jail and held in lieu of his $750,000 bond.

Anyone with any information regarding this incident is urged to contact the Gulfport Police Department at 228-868-5959 or Mississippi Crime Stoppers at 601-355-8477.