A plan to revive a popular New Orleans attraction is moving ahead after the proposal received unanimous approval from the board that oversees the site.

Some viewers may remember Pontchartrain Beach, an amusement park on the shores of Lake Pontchartrain that featured the Zephyr roller coaster and other attractions. The park closed in 1983.

Now, a nonprofit is trying to revive the attraction and the Lakefront Management Authority’s board voted to negotiate a lease with them — despite concerns from neighbors about traffic and entrance fees.

The plan submitted by the nonprofit includes a recreational area with a wetlands preserve, a dog park, a small marina and an area for food trucks and other venues — and possibly some entertainment venues.

The entry fees would be $10 for adults and $5 for children. The foundation said the fees would cover insurance and security costs but could be eliminated if the state or the Lakefront authority could cover those expenses.

The costs to renovate the beach are estimated to be $15 million — which the foundation is hoping could come from an infrastructure bill approved last year by Congress.

Those funds have yet to be applied for, as the foundation does not yet have a lease. 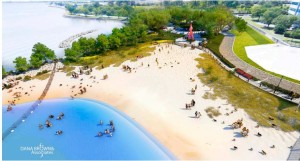 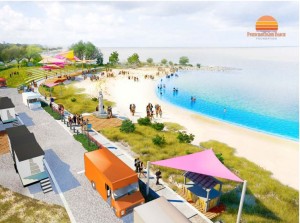 Renderings from the proposal to revive Pontchartrain Beach.

‘The Phantom of the Opera’ to close on Broadway next year