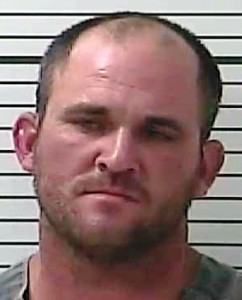 A Perkinston man faces felony charges after an early morning hit-and-run Wednesday that killed a bicyclist.

Hancock County Sheriff Ricky Adam said 35-year-old Christopher Peterson has been charged with felony hit and run causing death. He is in the Hancock County jail with no bond pending an initial appearance.

Bayside Fire Rescue responded to an incident between 5 and 6 a.m. on the service road of Highway 90 near Lower Bay Road.

A bicyclist was hit by a vehicle that then left the scene. Adam said the vehicle was found at a home a short distance away. Peterson was taken into custody.

Hancock County Coroner Jeff Hair said Friday that the victim’s name was 51-year-old Randall Laws of Bay St. Louis.  Hair said it took some days to track down Laws’ family, who are out of state. Laws had lived in the area for about nine years, Hair said.