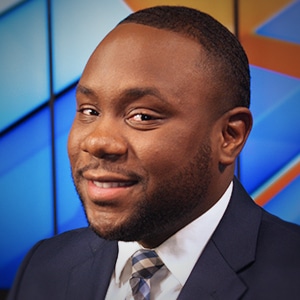 Baton Rouge native Jaylon Morris embraces his new home on the Gulf Coast. He received his degree in Communications from Southeastern Louisiana University. He worked as a student Anchor/Reporter for the award winning college television shows, The Big Game and Northshore News. Covering both news and sports at Southeastern allowed him to expand his storytelling. When Jaylon isn’t reporting, he enjoys listening to music, his mother’s great southern cooking, and watching professional wrestling.

Sound Heritage Exhibit at the Maritime and Seafood Industry Museum

Cinema by the Shore this Friday in Jones Park

April is the month of the Military Child

More projects underway in the City of Biloxi

Update on new developments in the City of Biloxi

King cake pick up event at the Claiborne at Gulfport Highlands

Update on new construction and development in Biloxi

Law enforcement encouraging residents to stay off roads during the storm