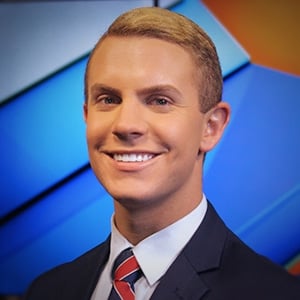 A native to the Gulf Coast, Brantly Keiek comes to South Mississippi from Pensacola, Florida. Brantly’s passion for weather can be traced back to active hurricane seasons during his childhood. His interest in meteorology peaked when his hometown experienced back-to-back hurricane landfalls in 2004 and 2005. His desire to learn about the atmosphere led him to study at Florida State University, where he graduated with a Bachelor of Science in Meteorology and a Minor in Mathematics. Prior to graduating, Brantly also completed a year-long internship at WEAR-TV in Northwest Florida. Brantly enjoys the beach and looks forward to spending time on the coast. He was a competitive swimmer for nearly ten years and loves water sports. While in Pensacola, Brantly was a beach lifeguard for several years where he performed over 100 water rescues.

County-wide curfew begins at 8 a.m. Sunday for Harrison County ahead of Hurricane Ida

08/02 – Brantly's "On and Off Wet Weather" Monday Night Forecast